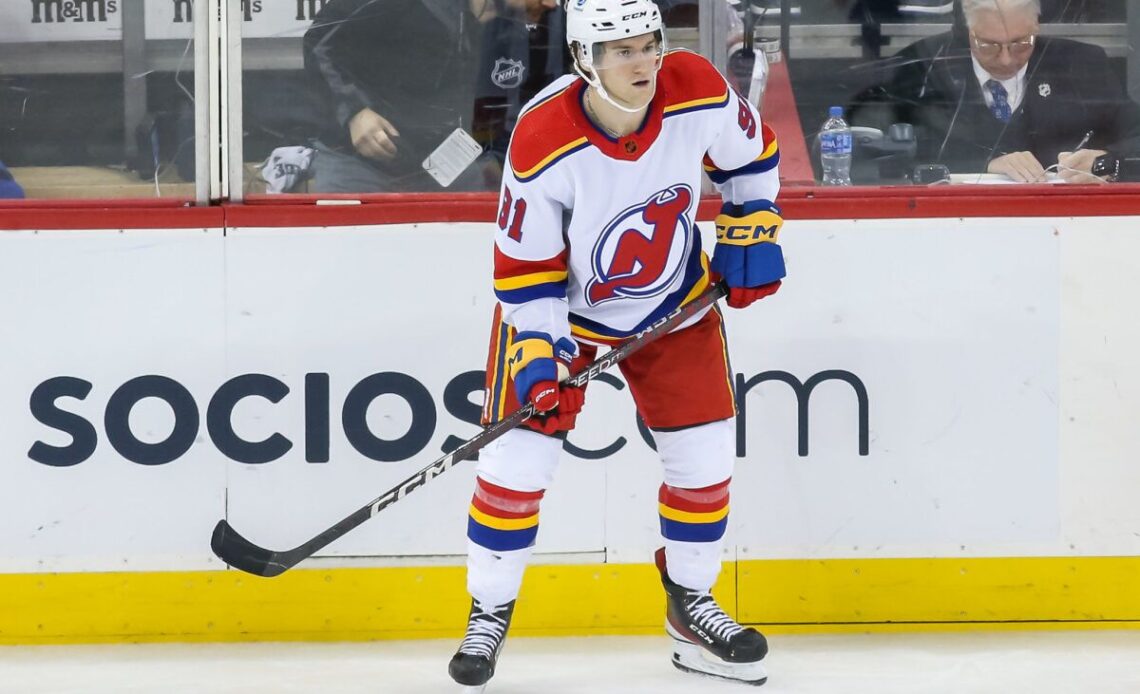 When looking at the New Jersey Devils roster, you might not think they have too many needs based on their 29-12-3 record. That puts them at 61 points and only one point behind the Carolina Hurricanes for first place in the Metropolitan Division. Yet, there are a couple of items to address ahead of the trade deadline in early March.

Finding a backup goaltender is one, as Frank Seravalli alluded to on the Jan. 16 episode of DFO Rundown. But another need, and arguably the more pressing one, is finding a winger who can play middle- or top-six minutes. Looking to the trade market is a possibility, but the Devils also have internal options who deserve more significant roles.

The ideal candidate for extended top-six minutes is Dawson Mercer. Ahead of their Jan. 19 tilt against the Seattle Kraken, he has ten goals and 27 points in 44 games, which puts him on pace for 19 goals and 50 points. He has played well alongside Jack Hughes in top-six minutes, but head coach Lindy Ruff isn’t playing him in such a role as much as he should be. That should change moving forward.

Mercer has played with a few different line combinations this season. For this part of the article, we’ll look at his common ones and how he’s fared. After then, we’ll go over who he fits best with and why he needs consistent top-six minutes.

This has been Mercer’s most common line this season. The results have been pretty good, and it’s likely why Ruff returned to them at practice on Jan. 18. This line has done well creating off the rush, which is how Ruff wants his team to play. You could argue there should be someone else alongside Hughes and Mercer than Haula, but he has played well with this trio. It’s worth another look, given the results in a decent sample size this season.

Mercer’s second most common line combo this season and one with strong results. The Devils have very much controlled play at five-on-five with this trio on the ice. The problem is they haven’t scored and have actually underperformed their…