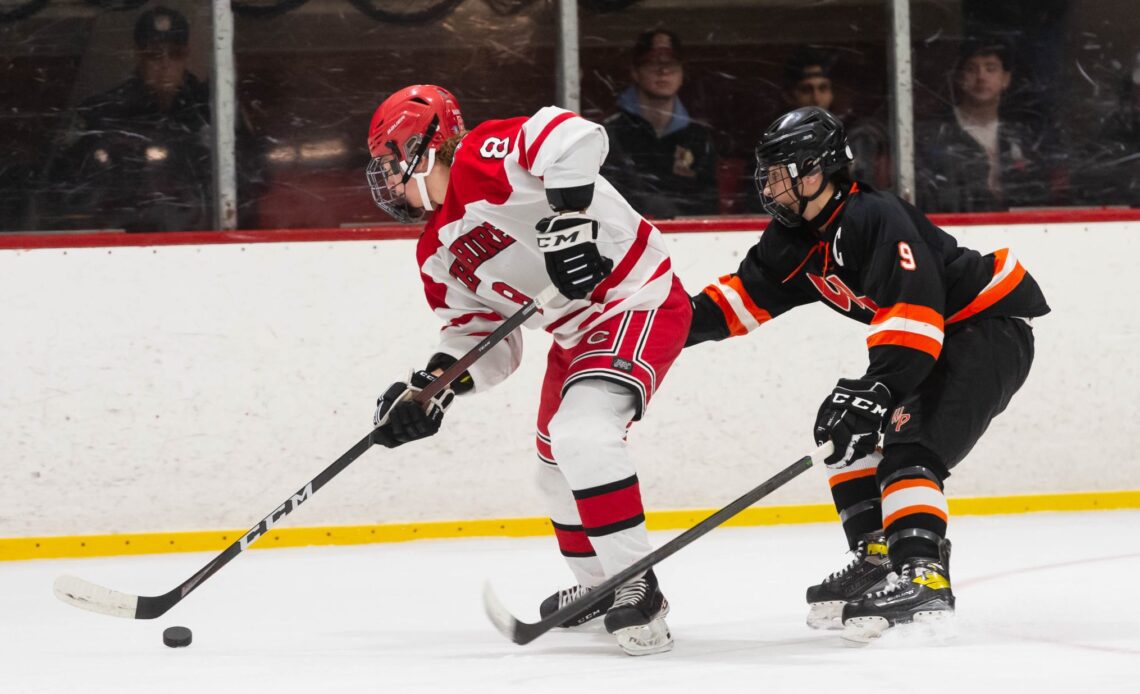 Overtime was the common theme for the Shepaug and Cheshire ice hockey teams Wednesday night.
Another common theme was victory. Both teams played in and won overtime contests. Shepaug defeated Newtown/New Fairfield, 2-1, at the Danbury Ice Arena. Cheshire outlasted West Haven, 6-5, Hamden’s Lou Astorino Ice Rink.
Shepaug, a co-op made up of the hosts from Shepaug, along with Litchfield, Thomaston and Nonnewaug, grabbed its second straight win and improved to 5-5 midway through its season.
“We had a strong outing from Miles Wilson (Shepaug sophomore) in goal while the leadership of Thomas Vailionis (Litchfield senior) and Logan Beauprey (Nonnewaug senior) set the tone for the entire game,” Shepaug coach Jason Conway said. “This game was an important step toward achieving our team goals as we progress through our season.”
Shepaug started the season 1-3, but has won four of its last six contests.
“The players have been improving every day. We are focusing on doing our individual jobs to the best of our ability,” Conway said. “When we all focus on our own responsibilities and jobs the group becomes stronger.”
Nonnewaug freshman Matt Molleur and sophomore Nolan Flynn scored against the Newtown co-op, and Wilson made 26 saves. Molleur and Flynn have been playing well for the Shepaug co-op, as has Shepaug junior Cameron Goethner, according to Conway. Those three players have been creating offensive opportunities. Nonnewaug junior Brody Turner has anchored the defense. Wilson and Nonnewaug junior Sean Classey have been consistent in goal.
Vailionis and Beauprey have provided quality senior leadership, Conway said.
“If we continue to improve each day and focus on performing our individual jobs to the best of our ability the team will continue to have chances to succeed,” Conway said.
Cheshire’s rally: The Rams trailed for much of their game against West Haven. The Blue Devils held a 3-1 lead after one period and also had advantages of 4-2 and 5-3. Biagio Pepe scored off an assist from Rocco Ocone-Krause with 5:48 left in the third period to get Cheshire to within 5-4.
The Rams were still down by a goal in the final minute. Andrew Vaill scored off assists from Ocone-Krause and Evan Vasiljevs to tie the game, 5-5, with 41.6 seconds to play. In overtime, Drew DePodesta scored off an Ocono-Krause assist for the game-winner with 4:16 left.
Vasiljevs scored Cheshire’s first goal of the game, which was unassisted. Chase Hackett scored his first…