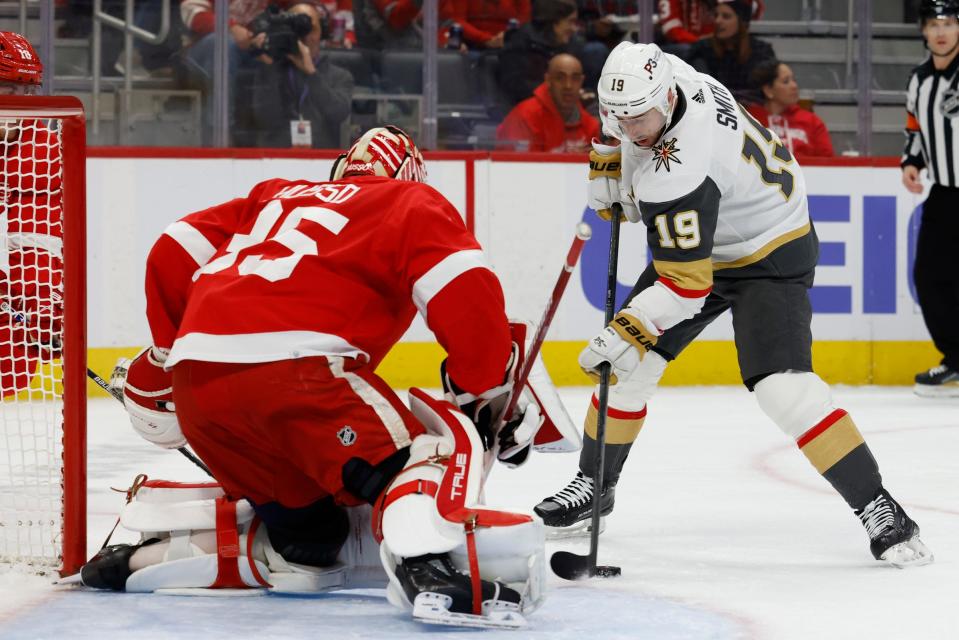 Where: T-Mobile Arena in Las Vegas.

Game notes: Like a headlining act on The Strip, the Golden Knights have a flashy record, with 28 wins already, the third-most in the NHL, and the third-best record in the West, behind only the Central Division’s Dallas Stars and Winnipeg Jets (59 points apiece). Also like a headlining act on The Strip, there’s more than a little misdirection built in, as that point total was built on the strength of a nine-game winning streak in October and November. Since Nov. 12, the Knights are just 15-13-2, good for 32 points, one more than the Wings (11-13-5) have picked up over the same span.

Vegas is coming off the first season in franchise history without a playoff appearance, but didn’t make much in the way of improvements, counting on the return of several injured players to boost their fortunes. They say the house always wins in Vegas, and the bet looked pretty good when Jack Eichel, who returned late last season from back surgery, opened with 11 goals and 15 assists in his first 24 games this season. But Eichel played just three games in December; he’s healthy in January and had a goal and two assists in his return to play on Jan. 5. Since then, however, he has just one goal with a -9 rating in four games.

The Wings, meanwhile, are looking to get to three points on their three-game Western swing; they lost in regulation to the Avs on Monday, then blew a golden chance at a win in regulation on Tuesday night in Arizona. This will be the Wings’ first visit to Sin City since Nov. 18, 2021 — which is also their only road loss to the Knights. The Wings beat Vegas early in the 2017-18 season and late in the 2018-19 season before having their games in the 2019-20 and…