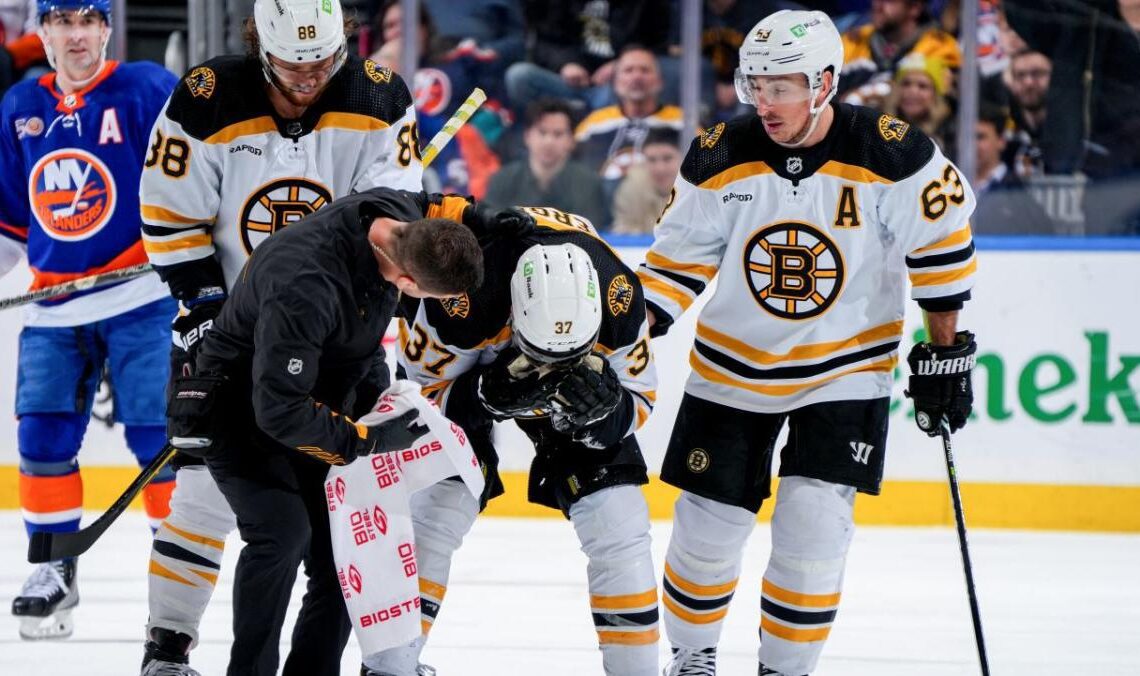 The Boston Bruins had a brief scare in Wednesday night’s road win against the New York Islanders.

B’s captain Patrice Bergeron took a puck to the face during a third-period power play when a shot by David Pastrnak was deflected up toward the veteran center.

Bergeron was helped from the ice to the bench and into the locker room for repairs. Instead of taking the rest of the game off, Bergeron quickly returned and didn’t miss much of the action.

The Bruins finished off an impressive 4-1 victory to improve their record to an NHL-leading 35-5-4.

“He obviously looked like he was in a lot of pain,” Bruins forward Brad Marchand told reporters after the game. “You never want to see a guy go down like that. Not surprised he came back. If it wasn’t really serious, he was going to come back. It was definitely a relief when he stepped back on the ice again. We were all nervous when he left.

“He’s gonna play through anything. Anything he can play through, or push to play through, he will. It makes you want to go through a wall when you see a guy like that come back, who literally will play through anything and sacrifice any part of his body to win a game. It’s a huge boost for the group, even late in a game like that. For him to come back. He doesn’t have to. He could easily walk away from that and rest up for the next one, but it says a lot about his character and who he is as a player and a captain, and that’s why he is who he is.”

The Bruins didn’t really need Bergeron to finish off the game. They were dominating the Islanders in the third period. But Bergeron wanted to finish the job, and his teammates and coaches appreciated the effort.

“Really, I can’t say enough words,” Montgomery told reporters postgame. “We’re up in the game, 3-1, and he knows that. He’s back in the locker room and still he comes back out right away. Just a tremendous amount of respect for toughness and his pride wearing the Spoked-B. Hopefully all the X-rays will come back positive for us.”

The Bruins are right back in action Thursday night against the New York Rangers at Madison Square Garden. Will the team give Bergeron a night off?