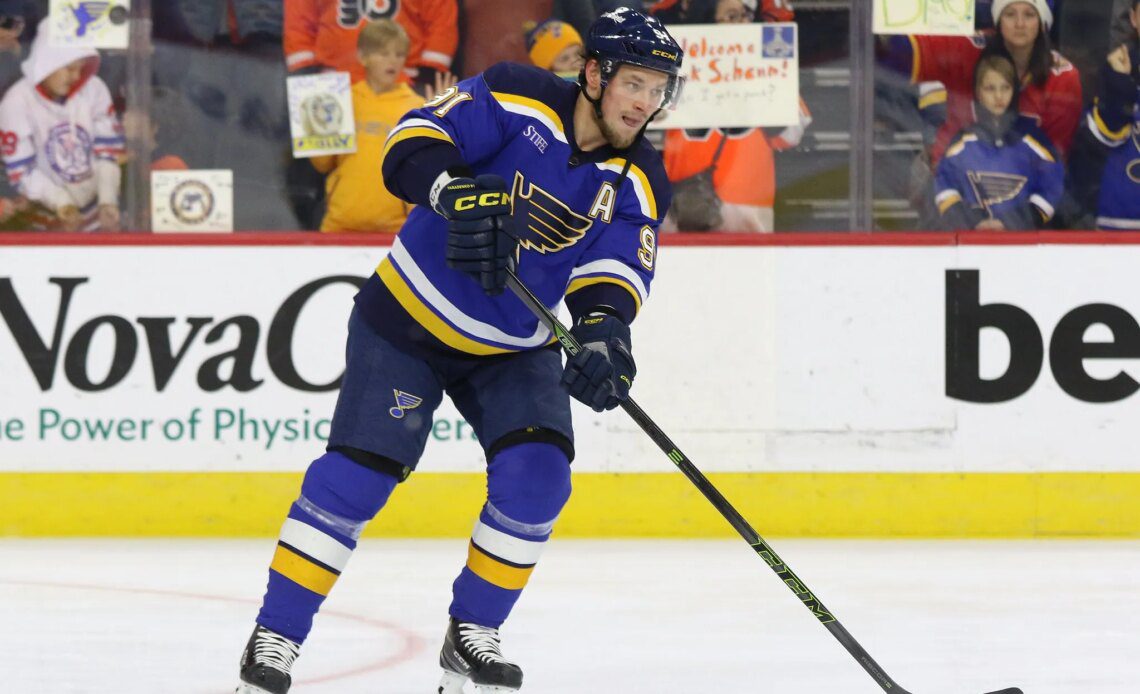 The St. Louis Blues and Vladimir Tarasenko have been headed toward a breakup for a while. Tarasenko requested a trade before the 2021-22 season but has stuck around. His contract ends after this season, and I don’t see the Blues re-signing him.

The Blues aren’t a Stanley Cup contender this season. They’re 22-20-3 and sitting in sixth place in the Central Division. By all accounts, their metrics are not good and haven’t been consistent all season. They should sell their rentals at the deadline. That means Tarasenko, Ryan O’Reilly, and Ivan Barbashev should all be moved for assets unless the Blues can re-sign them for less money than they could get in free agency. Let’s look at teams that could trade for Tarasenko as the deadline approaches.

The first destination is the Edmonton Oilers. The Blues made a trade with the Oilers prior to the 2022-23 season. They sent forward Klim Kostin to Edmonton for defenseman Dmitri Samorukov. A trade for Tarasenko would be harder to negotiate for both sides, but it could work. The Oilers are 20th in the NHL in goals against per game. They have a lot of scoring upfront, but adding Tarasenko could take their offense to a different level.

The Oilers have four 20-goal scorers this season. They’d likely have five if Evander Kane wasn’t injured for most of the season. I understand that scoring isn’t an issue for them, but adding a scorer like Tarasenko would be great for them. Depth scoring has been an issue for them in the past. Outside of their four 20-goal scorers, their next highest goal scorer is Kostin with nine goals in 30 games. They could insert Tarasenko onto a line with Connor McDavid or Leon Draisaitl and work some magic. I can’t imagine how many goals Tarasenko could score with McDavid as his center in a full season.

I think a 2023 first-round pick, a 2024 second-round pick, and a prospect could push this deal along. I’m not sure how much sense it would make for the Oilers if they want to prioritize defense. The intrigue of adding Tarasenko to a team that already has McDavid and Draisaitl has to be high. They need to be aggressive at the deadline regardless, they’re currently fourth in the Pacific Division.

One team rumored to have an interest in Tarasenko for years is the New York Islanders. I’m not sure how aggressive…