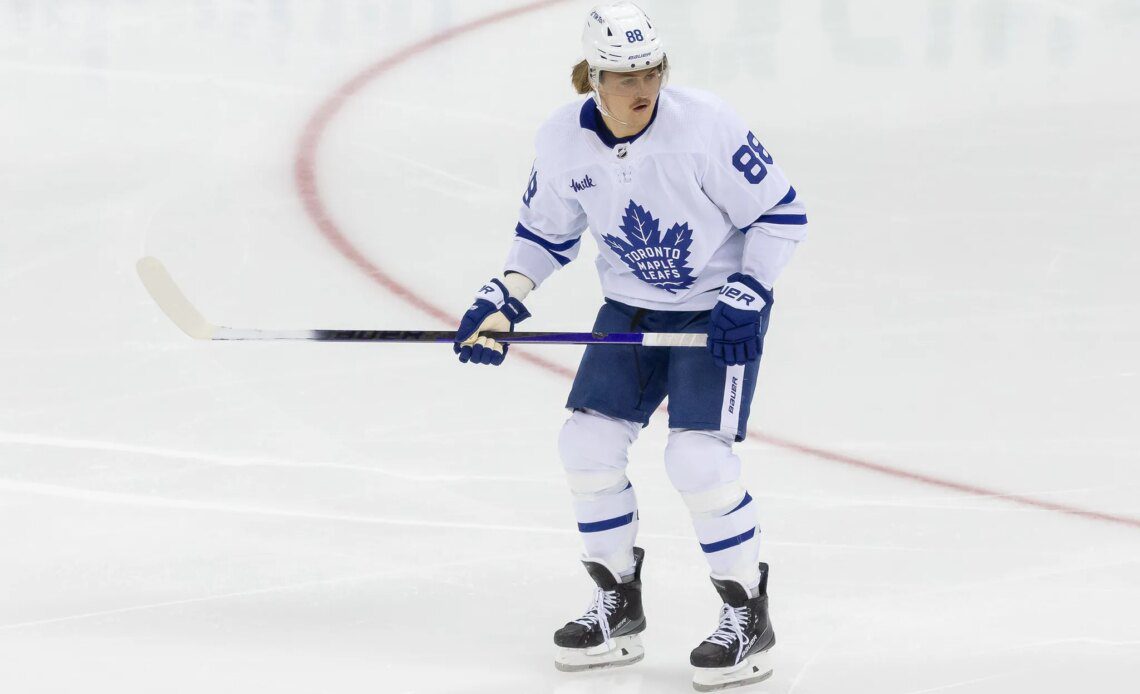 Last night, William Nylander had a great game in the Toronto Maple Leafs’ 5-4 overtime win against the Florida Panthers. Between his determined play and goalie Ilya Samsonov’s perfection in facing and stopping the 11 shots on his net, both played key roles in the team’s victory.

Samsonov relieved a struggling Matt Murray, who had given up four goals on only eight shots. His play allowed his team to come back to restore a tie score and then the overtime game-winning goal scored by, you know who, Nylander.

Nylander scored two even-strength goals, including the overtime winner. He also added a power-play assist. He got credit for the game-tying goal early in the third period after a Mitch Marner shot bounced off Sergei Bobrovsky’s pad, off Nylander’s helmet, and over the Panthers’ goalie into the net.

Chalk that up to good karma after Nylander had flubbed a penalty shot not more than five minutes earlier. However, his overtime winner was not a fluke. In one of his patented moves — fans saw almost the same goal on Dec. 27 during the overtime against the St. Louis Blues — Nylander began a rush at his own blue line. Then, he turned on his speed to beat all three Panthers’ defenders. Finally, he snuck the puck inside the post after beating Bobrovsky with a fake. Perhaps the Panthers’ goalie had been watching film because Nylander had gone backhand against Jordan Binnington to win the Blues’ game.

Nylander’s Been Feast and Famine on the Scoresheet Recently

It’s worth noting that Nylander has been up and down on the scoresheet; however, on the whole, he’s had an amazingly solid season. Still, he’s been inconsistent in his recent games. Over his last 10 games, he’s hit the scoresheet only four times. However, in all four games, he registered multiple-point performances.

Over that 10-game stretch, he’s scored three goals and added seven assists (for 10 points). That’s a solid point-per-game performance and, on the season, Nylander has now totalled 50 points in 45 games. He’s making a big impact in the games where he scores.

A number of Nylander’s performances have been game-changers, which was the case last night. In short, without his…