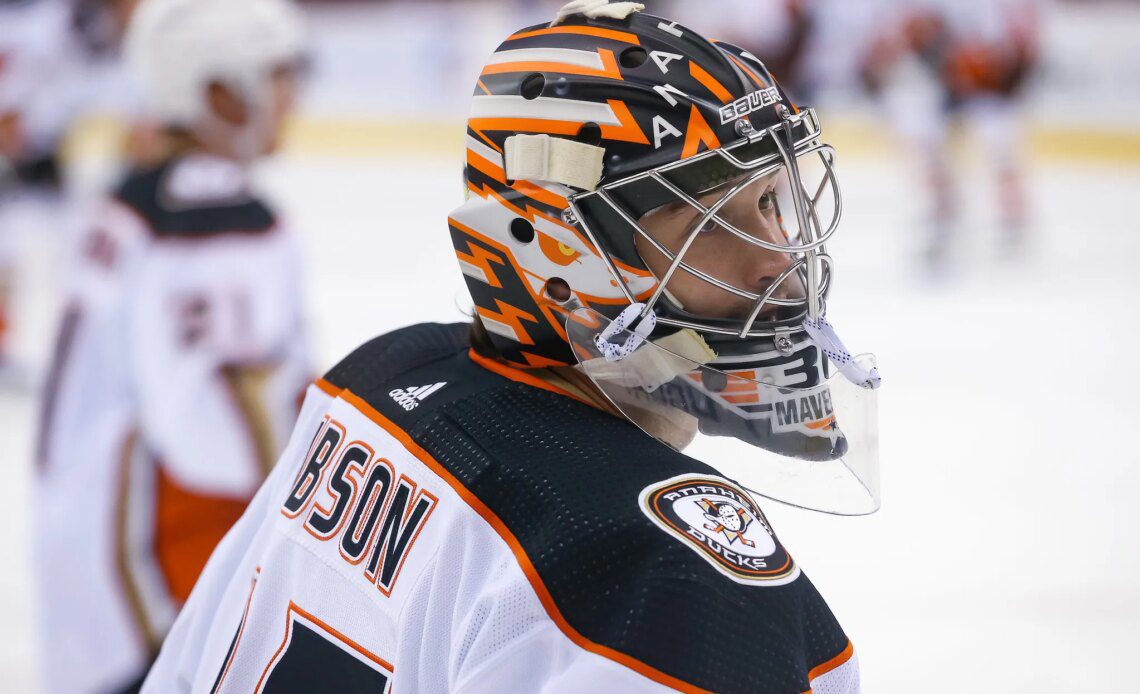 From the moment the Anaheim Ducks joined the league in 1993, they’ve been blessed with consistency at the goaltending position. One of the hardest positions to account for, the Ducks have seemed to always have their answer with a bonafide workhorse between the pipes. From the early expansion years with Guy Hebert, through the Stanley Cup runs with Jean-Sébastien Giguère, and continuing through this current rebuild with John Gibson, Anaheim has been able to depend on their goaltenders to shoulder a heavy workload over the span of several seasons. With plenty of great goaltenders to choose from, here are the top three in the Ducks’ franchise history.

Just missing the cut is the original Mighty Duck. Anaheim selected Herbert with their first pick in the 1993 Expansion Draft, and he was the workhorse goaltender in the franchise’s early years. From the inaugural season in 1993 to his last full season with the club in 2000, he appeared in 400 out of a possible 540 games (74 percent of games over seven years).

Hebert’s best season with the club came in 1996-97, when he had a .919 save percentage (SV%) and 31.2 goals saved above average in 67 games. His reliability during the regular season helped lead Anaheim to the playoffs for the first time in franchise history. He pitched a shutout in Game 7 of the first-round series against the Phoenix Coyotes, helping the Ducks win their first playoff series.

The first name on the countdown is the Ducks’ current goaltender. John Gibson first appeared for the Ducks during the 2013-14 season as a 20-year-old. After only appearing in three games during the regular season, he had the tall order of relieving Frederik Andersen and Jonas Hiller in the second round of the playoffs against the Los Angeles Kings. Facing a 2-1 series deficit, Gibson and the Ducks pushed the series to seven games before falling to the eventual Stanley Cup champions.

After two excellent years as the 1B option to Andersen, Gibson was given the outright starting position in the 2016-17 season. The Ducks began to decline around this time as a team, but it had little to do with goaltending. Gibson has shouldered an incredible workload, including 60 starts during the 2017-18 season. That year, he had a .926 SV% and carried the Ducks into their last playoff…