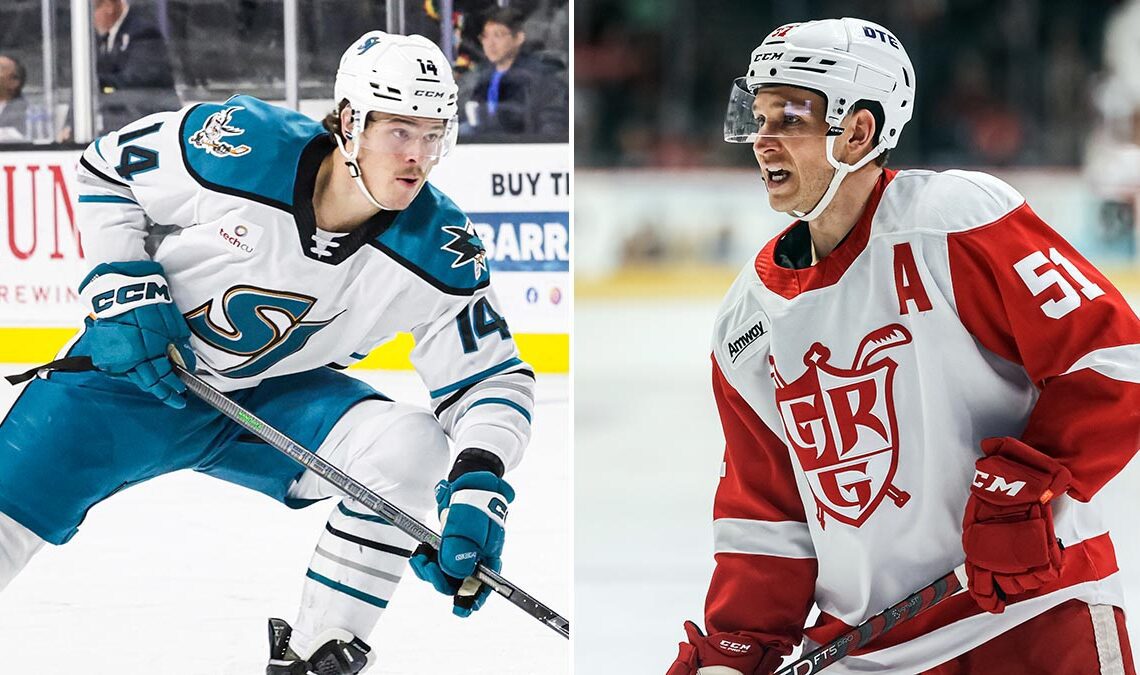 The Detroit Red Wings have acquired center Jasper Weatherby from the San Jose Sharks in exchange for center Kyle Criscuolo.

Weatherby has collected three goals and three assists in 39 games with the AHL’s San Jose Barracuda this season.

As a rookie in 2021-22, Weatherby played 50 games in the NHL with the Sharks, tallying five goals and six assists. He added five goals and 10 assists in 25 AHL games with the Barracuda last season.

A fourth-round pick by San Jose in the 2018 NHL Draft, Weatherby played three seasons at the University of North Dakota.

Criscuolo has recorded five goals and five assists in 28 games with the AHL’s Grand Rapids Griffins this season, his seventh pro campaign.

In 335 career AHL contests with Grand Rapids, San Diego, Lehigh Valley and Rochester, Criscuolo has totaled 77 goals and 110 assists for 187 points. He won a Calder Cup championship with the Griffins in 2017.

Criscuolo has played 15 games in the NHL with Detroit and Buffalo, notching two assists.

Additionally, the Griffins have acquired forward Patrick McGrath from the Barracuda for future considerations. McGrath has recorded 42 penalty minutes in five games with San Jose this season.