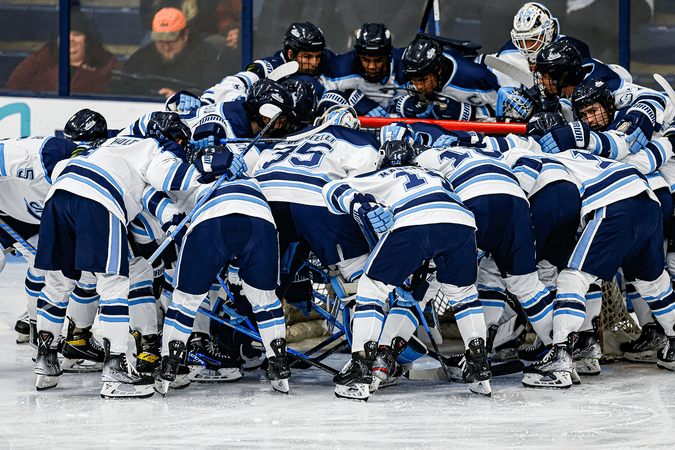 About the Black Bears

• The Black Bears enter the 2022-23 season with 16 new faces on the roster after seeing 13 players graduate, transfer, or leave to pursue professional hockey.

• 12 letterwinners from the 2021-22 season return for this chapter of Maine hockey, which include the four newly minted captains. Jakub Sirota will sport the ‘C’, while Lynden Breen, Ben Poisson, and David Breazeale have each earned an ‘A’ on their sweater.

• 11 incoming freshmen and five transfers make up the players who were added by the coaching staff, whom are in their second full season behind the bench.

• Boston University finished the 2021-22 season with a record of 19-13-3, ultimately falling in the first round of the Hockey East tournament to UConn, 3-1.

• The Terriers return four of their top five scorers from 2021-22 in Domenick Fensore, Wilmer Skoog, Matt Brown, and Jay O’Brien.

• Drew Commesso appeared in 28 games last season. The junior posted a 2.52 GAA and .914 save percentage, while winning 13 games and recording one shutout for the Terriers.