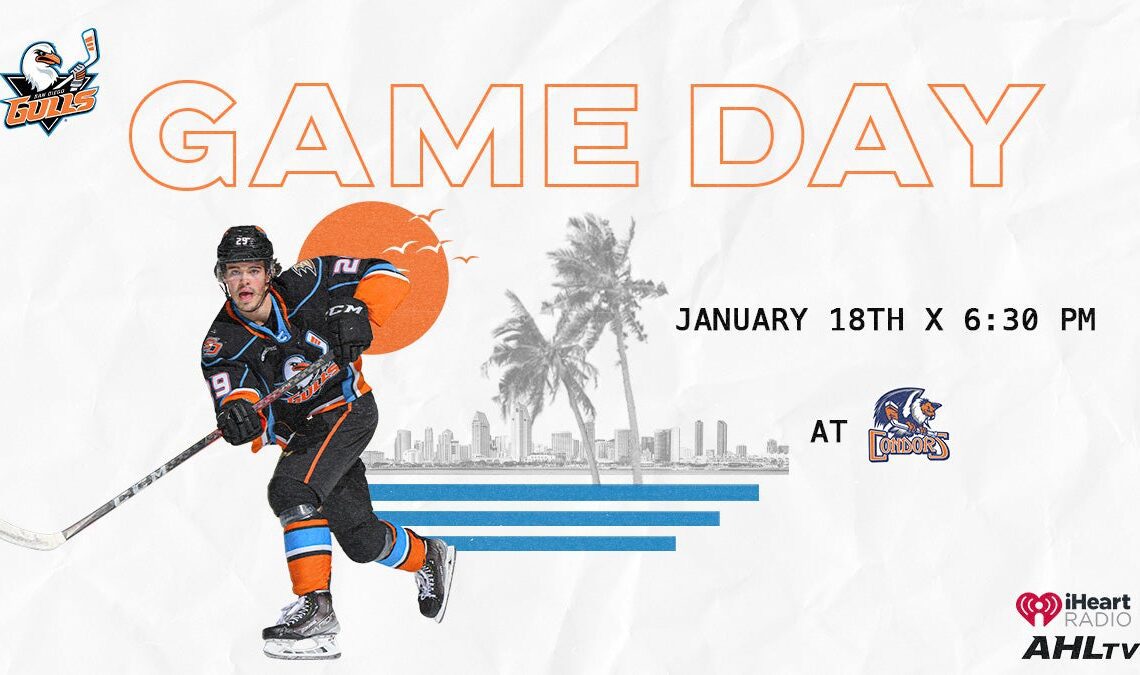 San Diego (11-26-0-0) enters the game trailing the Condors (12-19-2-1) by just five points in the Pacific Division standings. As the group looks to begin a second-half surge, matchups against teams directly ahead of them grow in importance.

“I mean, we’re trying to catch these guys,” Gulls assistant coach Jason Clarke said. “So, I would expect that they’re going to be ready to go. These games that we’re playing within our own division are like four-point games for us right now. I think we need to really to be able to make sure that we’re ready to go and, and that we understand the importance of these two points on Wednesday.”

This is the third of eight regular-season meetings between the Pacific Division rivals and the first of three head-to-head matchups over the next nine days. The Condors took the previous two games between the teams, winning 3-2 in Bakersfield on Nov. 2 and 2-0 in San Diego on Nov. 11. Defenseman Michael Kesselring leads both teams in goals (2), and his 2-0=2 points is tied with right wing Raphael Lavoie for the scoring lead. Both of Kesselring’s goals are game-winning tallies. As of Jan. 17, he ranked first among American Hockey League defensemen in shots (107) and tied for first in goals (10).

The two teams both underwent significant changes – with different results – since those November meetings. The Gulls added several new faces to the fold and enter tonight with a 5-5-0-0 record in their last 10 games. Before dropping a back-to-back weekend set against Ontario on Jan. 13-14, San Diego posted a winning record, grabbing victories in four of their five games from Dec. 28 – Jan. 11.