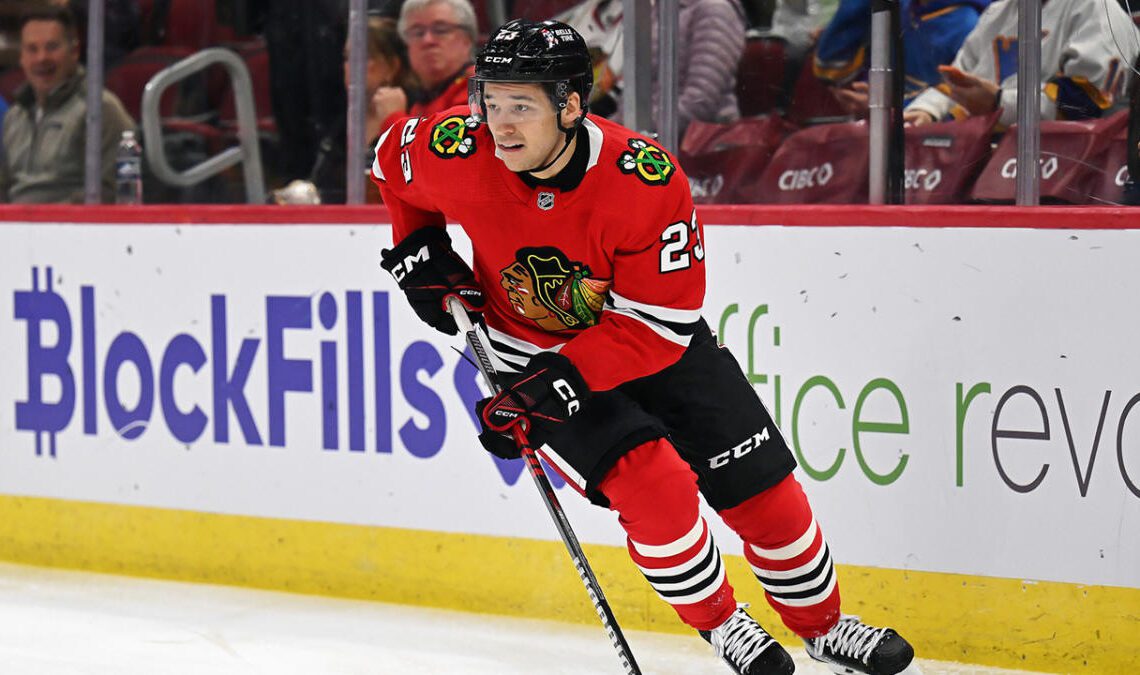 The Blackhawks overcame a two-goal deficit in the third period and beat the Buffalo Sabres 4-3 in overtime on Tuesday at the United Center. And a big reason why was the play of Philipp Kurashev.

Kurashev scored on a terrific redirect in the third period to cut Chicago’s deficit to 3-2, which started the comeback. He also registered two primary assists, one of which was on Seth Jones’ game-tying goal with 55.8 seconds left in regulation.

“Kurashev kind of led the way for us tonight,” Blackhawks head coach Luke Richardson said. “Toews’ line, they got us on the board early but even in the second period when we were reeling a little bit, I thought they consistently kept turning the tide back for us. That led us to having an opportunity in the third.”

Kurashev was the driving force behind his line’s success with Taylor Raddysh and Jonathan Toews. When the three of them were on the ice together at even strength, the Blackhawks out-chanced the Sabres 10-9, per Natural Stat Trick. When they weren’t, the Blackhawks got out-chanced 19-6.

“I think it was, yeah, a good game,” Kurashev said. “We all played well and it was definitely a fun comeback win. Definitely gives you a good feeling, for sure. To help the team win with that part of the game is fun and hopefully we can keep it going.”

It was probably Kurashev’s best game of the season, maybe even in the NHL, after he led all forwards with 20:25 of ice time. Richardson showed a lot of confidence in him.

“It was great,” Richardson said. “I haven’t seen him play like that — a consistent full game like that — since early in the year when he was really riding some good confidence out of training camp. He deserves all the points he got tonight. I thought he could’ve had a few more.

“But you know what? It’s great for players to see. He’s a fun guy, he has a smile on his face, he loves the game, he puts in the work and it was really nice to see him kind of persevere and have a real solid 60-minute effort.”