PENGUINS LOSE TIGHT ONE TO CRUNCH, 3-2 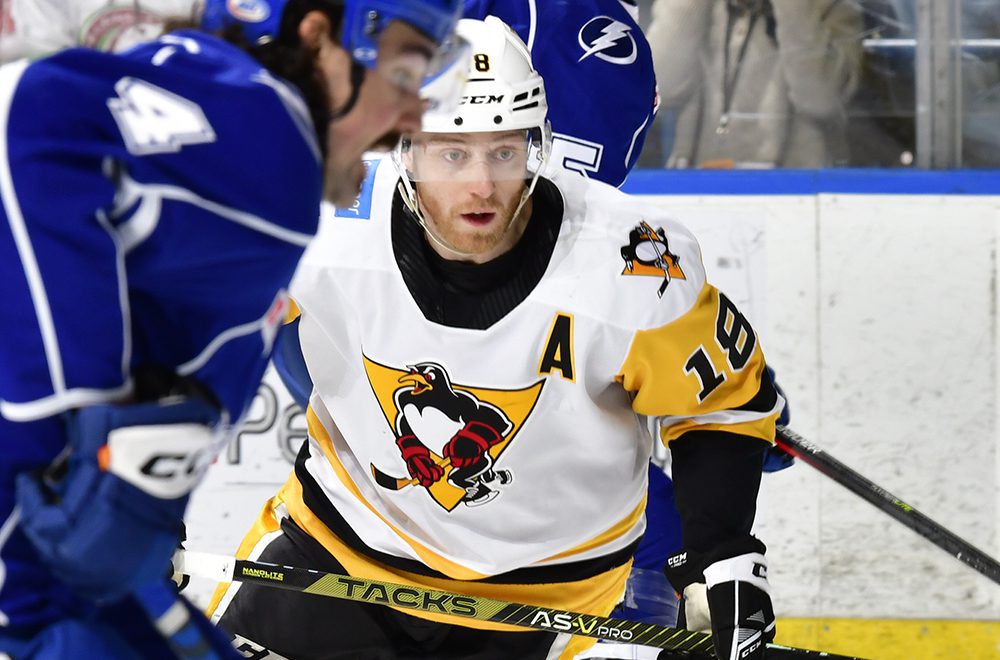 WILKES-BARRE, Pa. – The Wilkes-Barre/Scranton Penguins came up on the losing end of a tight contest, falling by a 3-2 score to the Syracuse Crunch on Wednesday night at Mohegan Sun Arena at Casey Plaza.

Wilkes-Barre/Scranton (18-12-2-3) received a one-goal, one-assist outing from Drake Caggiula, but couldn’t fully erase the two-goal deficit it was facing late in the third period.

Syracuse tallied the game’s first goal from the stick of Alex Barré-Boulet 2:27 into the second period.

The Penguins pulled even, 1-1, midway through the second stanza. After a series of rebound attempts by Tyler Sikura and Lukas Svejkovsky were denied, Caggiula swooped in and deposited the loose change.

Just when it seemed the game was going to stay tied heading into the second intermission, the Crunch scored again. Gage Goncalves rifled a pass into the traffic, and the puck careened off of Gabriel Dumont and across the goal line with just 38.8 seconds to go in the middle frame.

The Crunch increased their lead to 3-1 on a backdoor tap-in by Daniel Walcott at 12:28 of the third period.

With time ticking down in regulation, Wilkes-Barre/Scranton pulled its goalie for an extra attacker. This gave way to Alex Nylander notching his team-leading 15th goal of the season with 1:14 left to play. But despite their best efforts, the Penguins could not equalize to force overtime.

Filip Lindberg made 25 saves for the Penguins, while Hugo Alnefelt recorded 26 stops for the Crunch.

Wilkes-Barre/Scranton’s next game is Friday, Jan. 20 against the Lehigh Valley Phantoms. The Penguins’ bout with the Phantoms is also an Eyewitness News Fan Friday with select draft beers on sale for $2 from 6:00-7:30 p.m. Puck drop for the Penguins and Phantoms is slated for 7:05 p.m. at Mohegan Sun Arena at Casey Plaza.