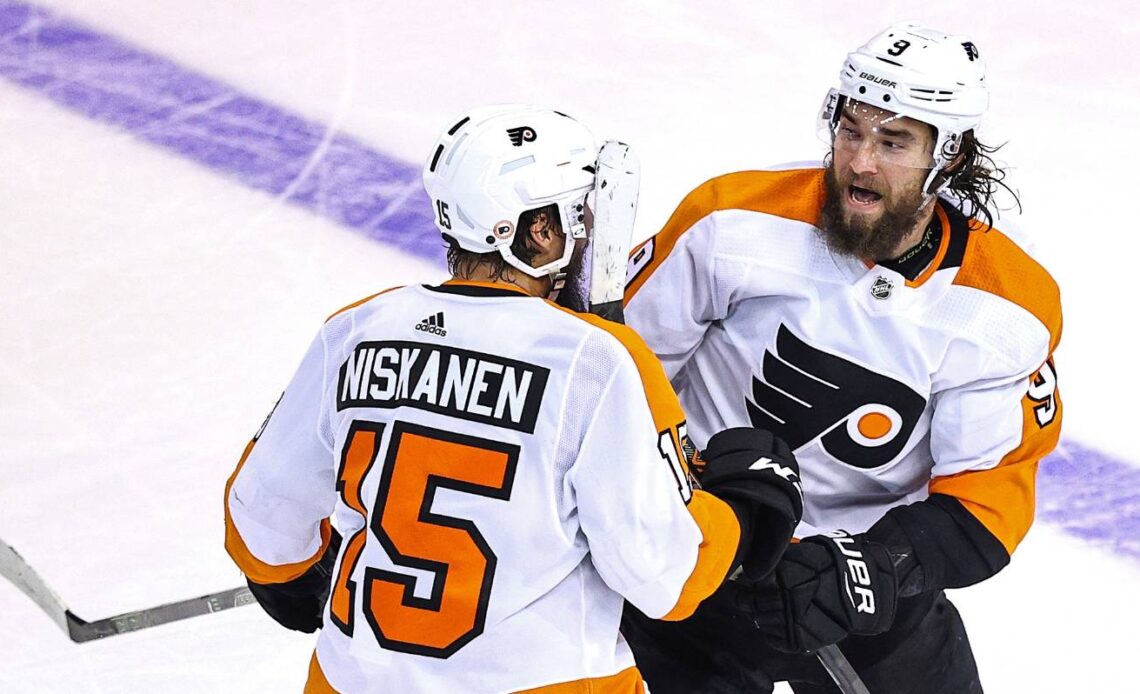 Ivan Provorov R) of the Philadelphia Flyers is congratulated by his teammate Matt Niskanen after scoring in the 2020 Stanley Cup playoffs.

Flyers defenceman Ivan Provorov cited his Russian Orthodox religion as the reason he did not participate in pregame warmups when the team wore Pride-themed jerseys and used sticks wrapped in rainbow Pride tape.

The 26-year-old Provorov boycotted the pregame skate with his teammates before Tuesday night’s game against Anaheim as the Flyers celebrated their annual Pride night in celebration and support of the LGBTQ+ community. He played nearly 23 minutes in Philadelphia’s 5-2 victory.

“I respect everybody’s choices,” Provorov said after the game. “My choice is to stay true to myself and my religion. That’s all I’m going to say.”

Provorov declined to answer follow-up questions about his decision.

Flyers coach John Tortorella said Provorov “was true to himself and to his religion.”

“It’s one thing I respect about Provy, he’s always true to himself,” Tortorella said.

Russian Orthodox Patriarch Kirill, leader of Russia’s dominant religious group, sent a strong signal last March justifying his country’s invasion of Ukraine – describing the conflict as part of a struggle against sin and pressure from liberal foreigners to hold “gay parades” as the price of admission to their ranks.

The jerseys and sticks were set to be auctioned off by the Flyers following the game, with proceeds going to the team’s charity and its efforts to grow the game of hockey in diverse communities.

The Flyers also hosted a pregame skate for local LGBTQ+ youth. Flyers players James van Riemsdyk and Scott Laughton have been staunch supporters of the community and launched a program in support of local LGBTQ+ youth in the greater Philadelphia area.

Laughton and van Riemsdyk met after the game with about 50 people in the LGBTQ+ community. Laughton said overall the Flyers had a “great, great night that brings a lot of awareness.”

Laughton said there would be more conversations ahead with Provorov, who moved from Russia to the United States as…