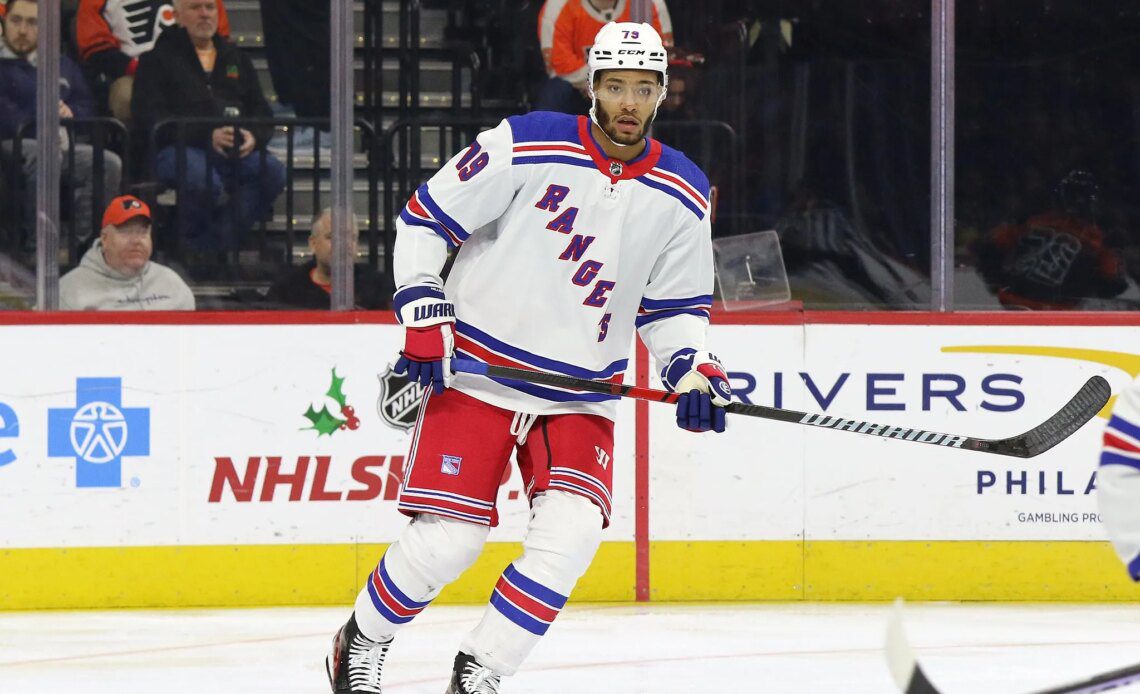 The New York Rangers have turned their season around after a disappointing stretch of play which included consecutive losses to the struggling Ottawa Senators and lowly Chicago Blackhawks. They are 14-3-2 in their last 19 games and one of the key factors in their turnaround is the excellent play of left-handed defenseman K’Andre Miller. The young blueliner is turning into a star.

After a very strong postseason performance, Miller struggled and made some uncharacteristic mistakes early this season. It certainly did not help that his partner Jacob Trouba played poorly too. Miller also played fairly cautiously in the offensive zone and had no goals and four assists in his first 18 games.

However, Miller started to look much more comfortable after those first 18 games, and his play has gotten stronger and stronger since then. He is using his great speed and long reach to make defensive plays. In New York’s 2-1 loss to the Montreal Canadiens on Jan. 15, he caught captain Nick Suzuki from behind on a breakaway and knocked the puck off his stick.

In addition to Miller’s excellent defensive play, he is starting to make more smart pinches in the offensive zone to keep plays alive. He is also holding on to the puck and looking to set up teammates or get shots on goal, rather than just dumping it around the boards.

Related: K’Andre Miller Could Be the Key to Rangers’ Defense Rebuild

Miller is now using his speed to create scoring chances and has scored two breakaway goals this season. He is also proving to be a clutch player late in games, as he scored on a deflection in the third period of the Rangers’ 5-3 win over the Carolina Hurricanes on Jan. 3. He also scored with less than one second remaining in the third period of the team’s 2-1 overtime victory against the Dallas Stars on Jan. 12.

In Miller’s last 27 games, he has five goals and 16 assists (in his last seven games, he has three goals and six assists) even though he rarely gets ice time on the power play. Whenever the Rangers struggled during this hot streak, he and Adam Fox demonstrated the ability to take games over at both ends of the ice.

Miller’s Importance for the Rangers

Though Miller is already in the middle of his third season with the Rangers, he is still just 22 years old. He has shown dramatic improvement from his…