Flyers’ LGBTQ+ controversy: Ivan Provorov should have been benched by John Tortorella 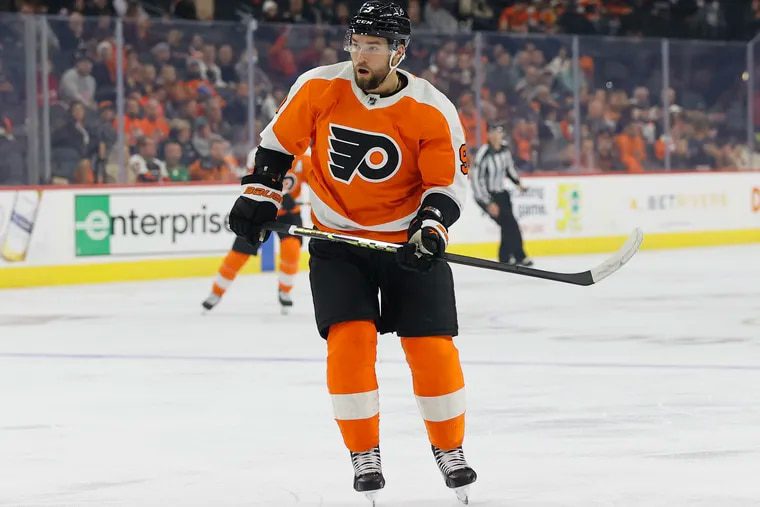 Not long ago, John Tortorella would’ve benched a player for kneeling during the national anthem. These days, if you wear your homophobia like a Pride flag, you earn Tortorella’s respect.

There will be some who will equate that asking Ivan Provorov to skate in a Pride-themed jersey Tuesday night was like forcing him to kneel during the national anthem back in 2016. That’s ridiculous, of course.

Kneeling protested systemic racism aimed at Black men in the criminal justice system of the United States. Meanwhile, warming up in a jersey with rainbow numbers and nameplates simply supported the right of LGBTQ+ people all over the world to exist without persecution. For anyone, that’s pretty simple.

So, let’s not complicate the issue. Provorov refused to warm up Tuesday night against Anaheim because he does not support the right of LGBTQ+ people to even exist. He cites his devotion to the Russian Orthodox Church; in his eyes, their life is a sin. About that: Patriarch Kirill, the church’s leader in Russia and reportedly a former KGB agent, in May justified Russia’s invasion of Ukraine because Ukraine allows Gay Pride parades, and if Russia and other homophobic states do not oppress LGBTQ+ persons, “then human civilization will end there.”

This is homophobia at its most extreme. If you subscribe to this belief, you are a homophobe. A little rainbow tape on Provorov’s hockey stick wasn’t going to send him to hell.

So yes, if the Flyers were staunch in their advocacy, Provorov should have been benched.

From its “Hockey is for Everyone” initiative to hosting a transgender and nonbinary hockey tournament, the NHL has spent millions of dollars in the past decade to erase its image as a non-inclusive, racist, homophobic business that prefers straight, white players to entertain its straight, white audience. The Flyers have been leaders in the initiative, and they shined all day and night Tuesday. In addition to the warmup jerseys, the team held a pregame skate for LGBTQ+ youth, provided complimentary tickets for members of nine LGBTQ+ organizations to attend the game, and hosted a meet-and-greet with players Scott Laughton and James van Riemsdyk.

Provorov’s refusal came from his dedication to an oppressive religion — apparently.

Provorov, to his credit, addressed the media after the game and said: “I respect…