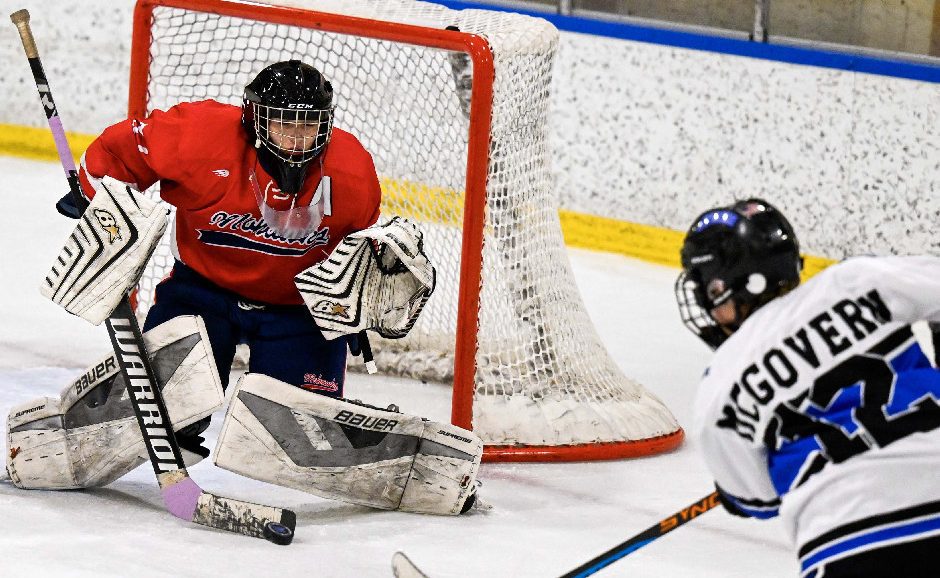 There wasn’t a seat available this past Friday at Schenectady County Recreational Facility ice rink.

It was Mohawks vs. Storm — a rivalry matchup involving students from high schools across the county, but it was also a night to remember loved ones and fundraise for the American Cancer Society, a cause close to the hearts of millions.

Scott Chastenay, a volunteer with the Schenectady County Relay for Life, started the fundraiser game — the Hockey Fights Cancer Cup — four years ago. A father of a former Schenectady Youth Hockey Association player, he had seen so many Coaches vs. Cancer events involving high school and college basketball games and wanted to do something similar for the two high school hockey clubs close to home.

“I’m loving every minute of it,” Chastenay said of his experience putting on the event. “We came from this country youth hockey organization, and I knew there was a lot of talent there with their hockey players. And as they were moving on to high school, I thought it would be great to give them some attention that they deserve. And it also helps that as part of the Relay for Life of Schenectady County, it only made sense to incorporate.”

Hockey Fights Cancer is actually an initiative that began in the NHL in 1998. It is a joint effort between the league and players’ association to unite the hockey community in support of cancer patients and their families.

Mohawks’ head coach Ryan O’Connell married into a family that continues to experience the battle with cancer firsthand. His wife’s aunt passed away three years ago this past Thanksgiving.

On Hockey Fights Cancer Cup gameday, he makes sure he has everything in place, so that he’s prepared for the added emotions of the event.

“As a coach, I, personally, I always I kind of [make] sure that all my T’s are crossed, all my i’s are dotted,” O’Connell said, “in terms of being organized and being ready for any situation and being prepared as possible with kind of like coaching with a heavy heart at the same time, just trying to do my best as a coach.”

The game also serves as an opportunity for O’Connell to learn even more about his student-athletes, recognizing that at such a young age they, too, are in the fight against cancer right alongside family members, even within their immediate families.