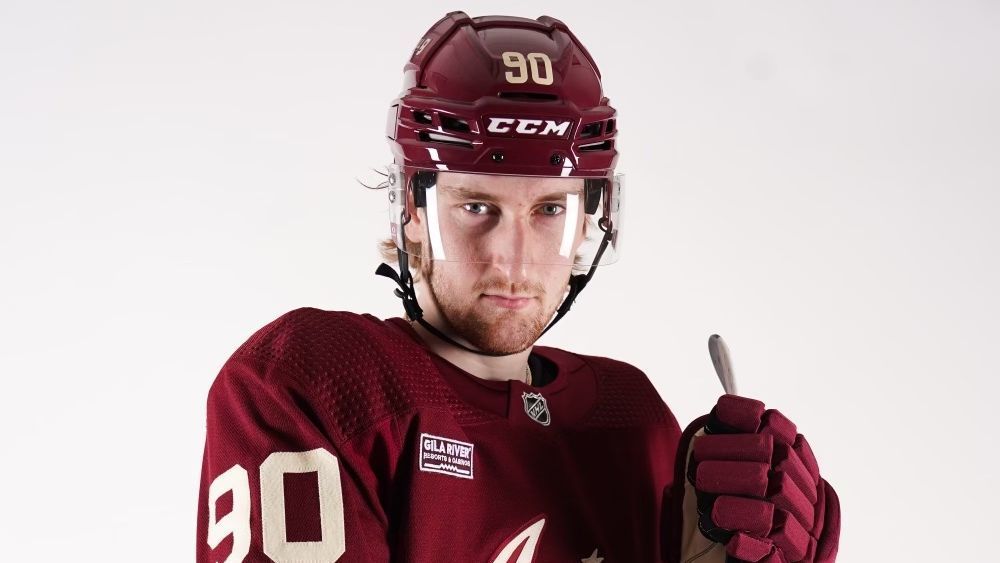 The Arizona Coyotes are known for bold fashion statements, from their multicolored Kachina logo to using desert sienna as the template for their recent Reverse Retro jersey.

The team is releasing the jersey to the public on Wednesday and will wear it for the first time on Sunday against the Vegas Golden Knights at Mullett Arena.

“This concept of design meets sports is a growing idea, you know?” said Villaseñor, who was hired as the Coyotes’ creative strategist and global fashion designer in October.

“This will become the fire igniter to the culture. One of the things we bonded over was bringing culture into the sport. We’re all in one ecosystem, not a separate one. For me, it’s about being the team that helps make hockey a thing in street culture.”

The burgundy jersey features the word “Arizona” in sand-colored cursive writing across the chest. There’s a star located above the letter “I” on the wordmark, symbolizing both the desert nights when coyotes hunt and the Arizona state flag. There’s Kachina-style etching on the bottom of the jersey and the sleeves. Inside the collar are small geckos, a tribute to the gecko shoulder patch from the Coyotes’ original green third jersey.

The Coyotes will wear pants with a sand-colored cactus on them, along with burgundy helmets and gloves.

In an inspired twist on tradition, the team’s captain will wear a half-moon “C” patch, while the alternate captains will be identified with a patch that creates an “A” with two cacti hugging each other.

All about the details 😏 pic.twitter.com/02WpEqd6D8

“We’re seeing an influx of sports in fashion right now, and we really wanted to be at the forefront of that, pushing the boundaries,” said Alex Meruelo Jr., the Coyotes’ chief brand officer.

This isn’t the first sports crossover for Villaseñor, who is also the creative director of Swiss-based Bally. Rhude had a successful collaboration with F1 and McLaren in 2021 that “reimagines the sport and modern luxury into an innovative and progressive…