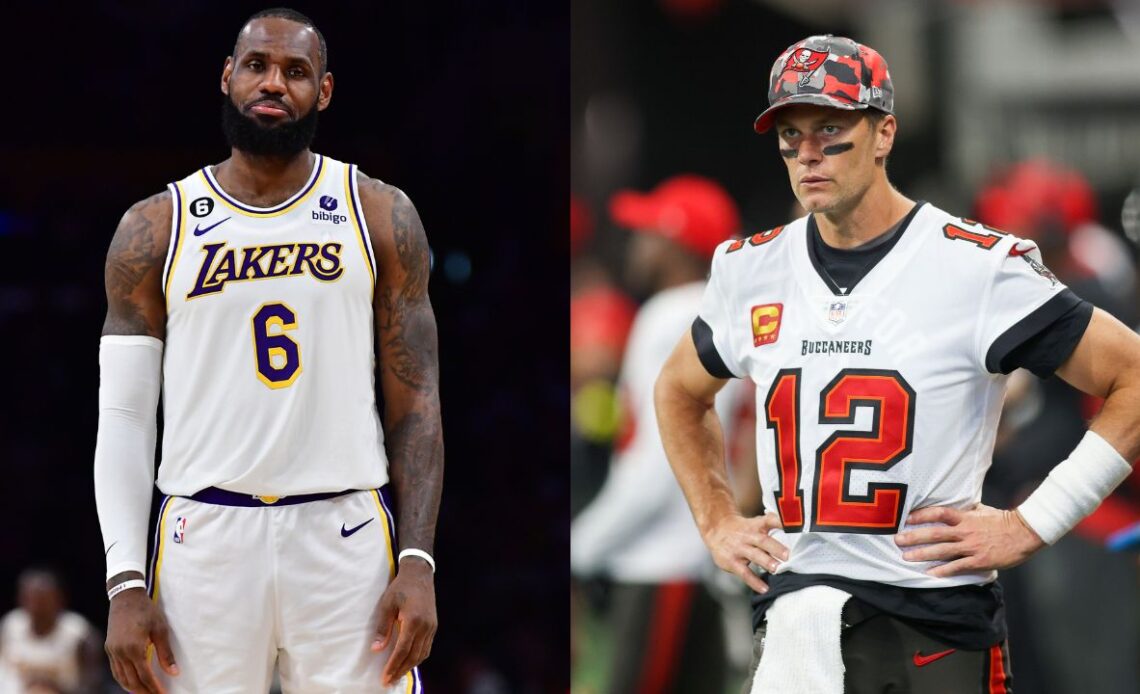 Each sport on the planet has some players that influenced the game and left their mark on it forever. In the NBA, it’s Michael Jordan and LeBron James who usually fall as the contenders for the greatest player. In the NFL, there are guys like Jerry Rice or Tom Brady.

Tonight Tom Brady played the final game of his 23rd NFL season. The Cowboys beat the Buccaneers 31-14 in the Wild Card Round.

As of now, no one knows whether it’s time he hangs up his boots or whether he’d return for a 24th season.

At the same time, LeBron James is playing his 20th NBA season. The Lakers play the Rockets tonight on the second night of a back-to-back. Bron has 48 points as the Lakers beat the Rockets 140-132.

Also Read: “Michael Jordan Was Selfish and He Still Won”: Kevin Garnett Once Went Berserk in an MJ-LeBron Debate

The Lakers’ 2021-22 NBA season ended quickly as they failed to make it to the play-in tournament. With some of the time on his hands, he tweeted, asking fans for a Q&A session.

There, a lot of fans asked him a lot of questions. He was asked about playing with Bronny, his favorite moment as a Laker, and more.

At the same time, Tom Brady also decided to pull up and ask him a very pressing question.

You and me, 5 rounds, ice hockey shootout, who wins? https://t.co/Xe0h0ZKngS

It took Bron only four minutes to reply. As expected, he picked himself but also ensured he didn’t fly too high. LBJ claimed he’d win, but barely.

Brady laughed about the same as well.

Imagining these two going at it in a game of ice hockey? That sure would be fun.

Also Read: “Someday, Others Would Be Compared to Me”: LeBron James at 17, Spoke Valiantly on Being Compared to Michael Jordan

Other questions that LBJ answered

LeBron was asked about how sure he was that he wanted to play with Bronny. As expected, the reply was a 100%

Then he was asked about his favorite book of all time, which he named The Alchemist by Paulo Coelho.