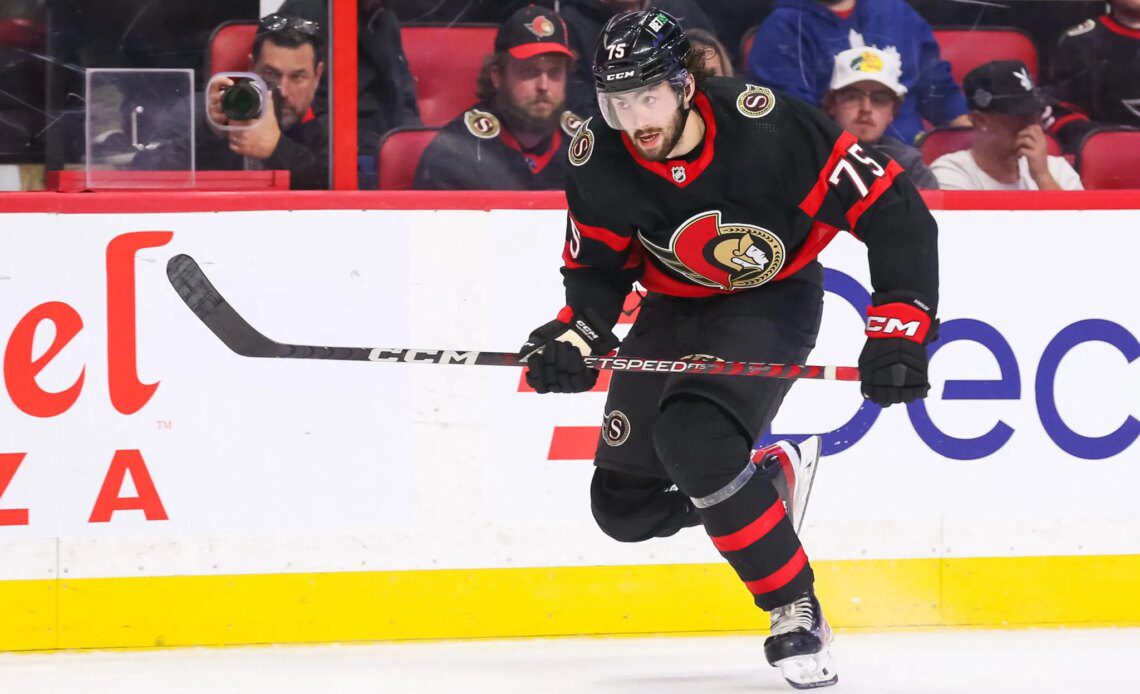 Much like the Ottawa Senators, the Belleville Senators of the American Hockey League (AHL) have had a frustrating season. At the mid-point of the year, the team sits in fourth place in the North Division with 15 wins in 36 games, which qualifies them for the 2023 Calder Cup Playoffs, but they’re dangerously close to falling out of contention after losing seven of their last 10 games.

The one bright spot has been Egor Sokolov, which was confirmed on Jan. 11 when the AHL announced its 2023 All-Star rosters. Not only is it a great achievement for the young player – he’ll be among some of the best prospects in the world, like David Jiricek, Jesper Wallstedt, and Yaroslav Askarov – but it speaks highly of his future. According to the league, more than 94 percent of players who play in the All-Star Game go on to play in the NHL.

With Ottawa once again struggling to put the puck in the net, especially from the bottom six, Sokolov deserves a second look in the big leagues. He’s certainly proven that he’s capable of leading a team on the stat sheet, and while he may not be quite ready to take on a full-time role yet, he’s more than deserving of another shot in the NHL.

Ottawa Has a Scoring Problem

Everyone knows that the Senators have a problem with their defence. The team has repeatedly appeared in rumours around names like Matt Dumba and Jakob Chychrun and could make a splash at the deadline if their blue line remains their top priority. But another problem has recently popped up – scoring. In their past four games, the Senators have scored just seven goals and have been shut out twice, including an embarrassing 7-0 loss to the Colorado Avalanche.

The imminent return of Josh Norris, the team’s goal leader in 2021-22, will certainly help matters, but that doesn’t change the fact that the Senators have some major depth issues. At the mid-point of the season, the bottom two lines have combined for 13 goals, a mere 10 percent of the team’s goals scored, leaving much of the work to the top lines. While the trio of Brady Tkachuk, Tim Stutzle, and Drake Batherson have done very well, they can’t do it all; the most successful teams in the NHL score by committee, and that’s not happening in Ottawa.

Let’s compare that to the Boston Bruins,…