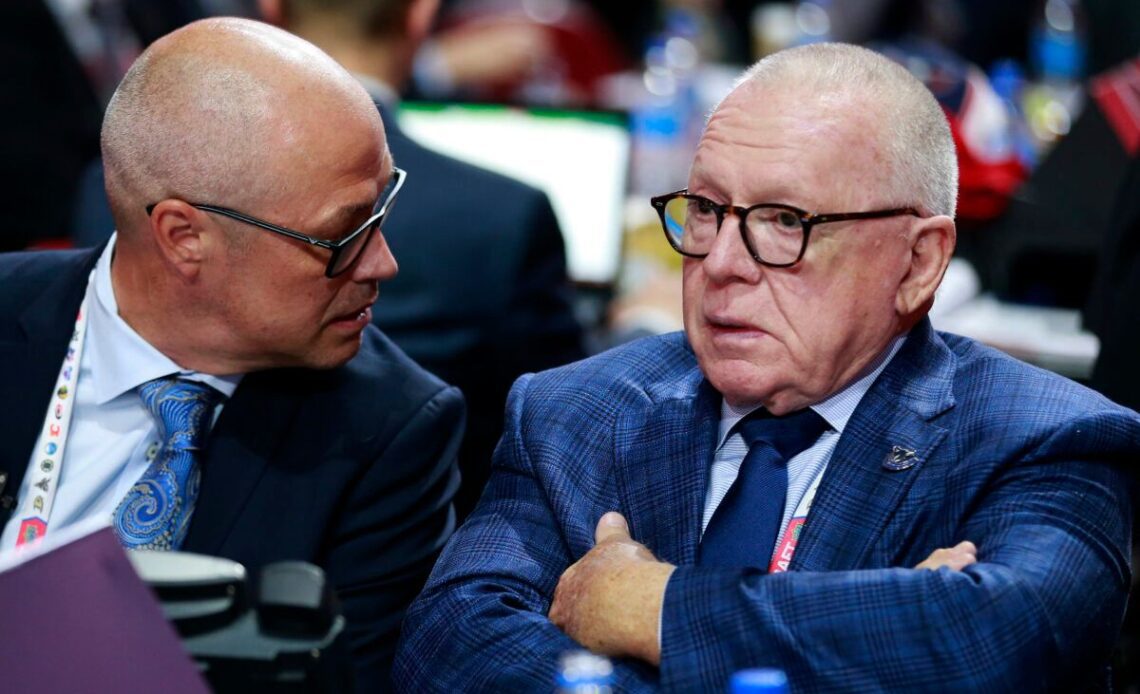 In this edition of the Vancouver Canucks News & Rumors, president of hockey operations Jim Rutherford held a press conference regarding Tanner Pearson’s hand injury on Monday. Rutherford discussed the injury and how the team’s medical staff handled it. Also, he discussed the team’s current status and the ongoing contract negotiation with Bo Horvat.

Last week, the Canucks announced Pearson had undergone another hand surgery and would be out for the remainder of the 2022-23 season. Rutherford said he spoke to general manager (GM) Patrik Allvin and head coach Bruce Boudreau following Quinn Hughes’ comments about how Pearson’s injury wasn’t handled properly. The GM and head coach noted they were unaware of any concerns over the forward’s treatment, while the organization had an internal investigation from the front office.

On Monday, Rutherford said the Canucks are comfortable with how the team handled the situation. Joining the president of hockey operations was Dr. William Regan, the head team physician, and Dr. Harry Sese, a health and performance consultant who helped the club build their new medical staff. Dr. Regan noted the team followed league protocol with Pearson’s injury, while Dr. Sese said the medical staff is an experienced group. Meanwhile, Hughes discussed his comments on the situation on Friday.

“I’m emotional just like everyone else. I wasn’t trying to direct blame at anyone. I don’t think it’s really anyone’s fault, it’s just an unfortunate situation,” Hughes said. “But in a situation like that, of course, I care about my teammates and, you know, I hate to see a guy go through hell like that. … Everyone’s trying their best and, like I said, that (comment) wasn’t directed at anyone.

“It’s just the reality of the situation that it hasn’t gone well for him. I’ve always had confidence in the staff. It wasn’t about them. Just, you know, you hate seeing a guy go through something like that.”

Finally, the NHLPA met on Monday to determine whether they will take a closer look into the Pearson situation.

Rutherford on the Team’s Current Status

Rutherford was asked about the club’s current situation during the press conference. He stated he’s disappointed with the job he’s done…