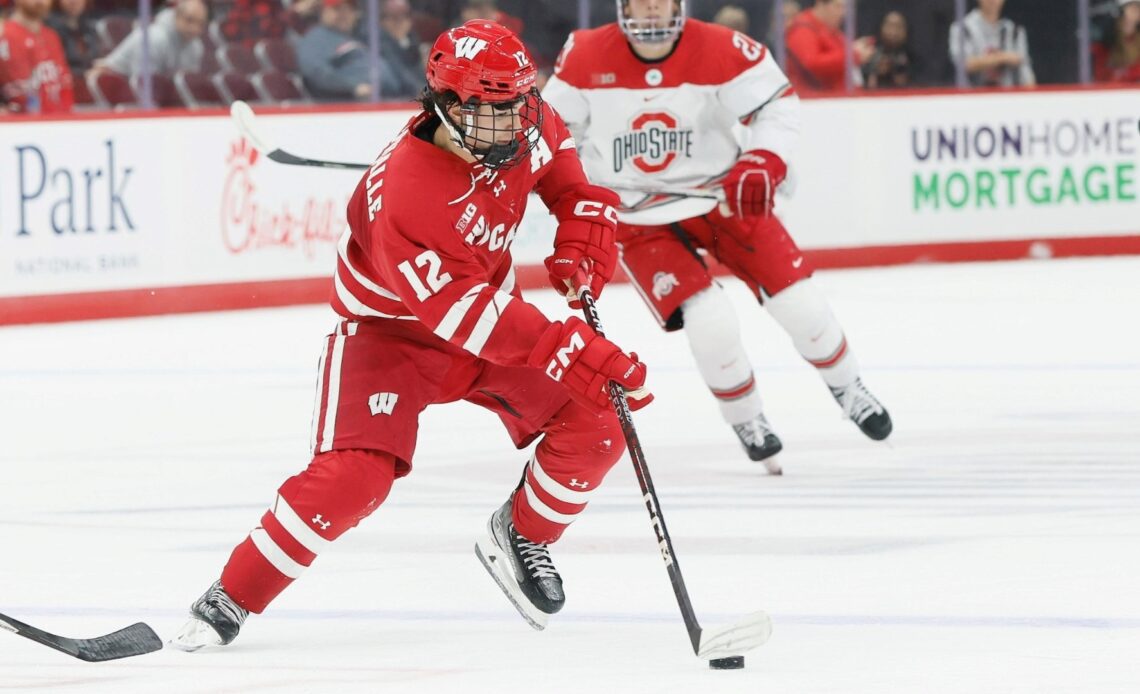 MADISON, Wis. — The Wisconsin Badgers men’s hockey team returns to Big Ten play this week with a two-game series against No. 7/8 Ohio State at the Kohl Center on Friday and Saturday, Jan. 20-21.

Here’s six quick things to know before tuning in:

1 – KEEP CRUZIN’: Freshman forward Cruz Lucius has 23 points (8g, 15a) through 22 games. If he finishes the season averaging at least a point per game, he would become just the sixth Badger freshman dating back to the 1999-2000 season to accomplish that feat (Cole Caufield, Trent Frederic, Nic Kerdiles, Joe Pavelski, Dany Heatley).

📽️: Lucius with a wicked wrister from the slot 🔥

Stramel (Rosemount, Minnesota) checks in at No. 21 among North American skaters. The UW freshman boasts four goals and seven points in 19 games played this season, with three of his goals coming over the last eight games.

William Whitelaw (Rosemount, Minnesota) ranks at No. 55, Brady Cleveland (Wausau, Wisconsin) at No. 59, Zach Schulz (South Lyon, Michigan) at No. 91, and Aidan Fink (Calgary, Alberta) sits at No. 66.