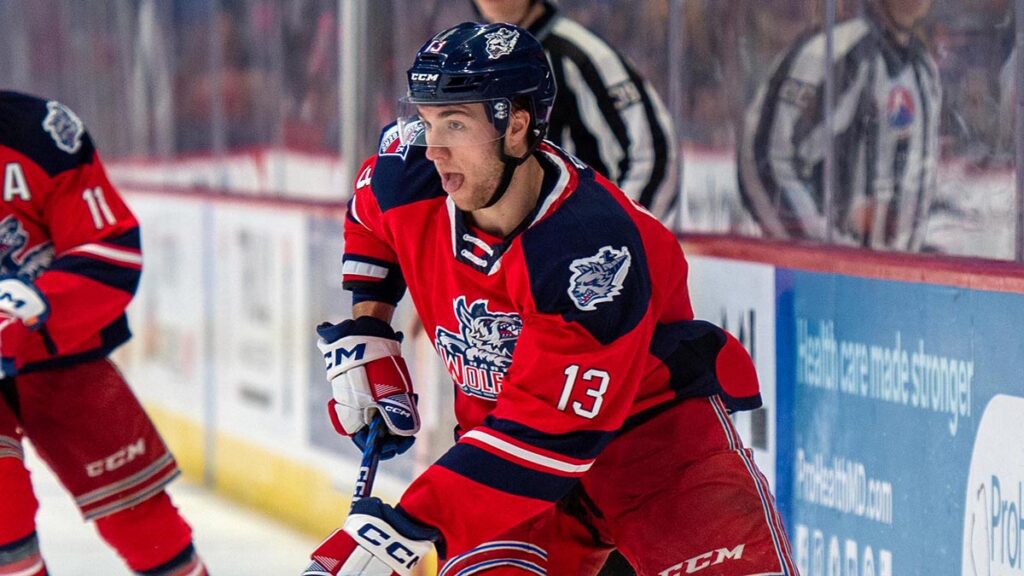 Will Cuylle’s season effectively began last August, and has yet to slow down.

Cuylle capped his junior career by skating for Team Canada in the 2022 IIHF World Junior Championship, which ended with a gold medal on Aug. 20. From there it was on to rookie camp and then training camp with the New York Rangers, the club that made him a second-round pick in the 2020 National Hockey League Draft.

After earning two preseason games with the Rangers, it was off to the Hartford Wolf Pack for his first full pro season. Cuylle had spent the abbreviated 2020-21 campaign in Hartford as a 19-year-old, but this would be the full grind.

At 6-foot-3, 204 pounds, Cuylle projects long-term as a power forward, and has handled that grind with the resurgent Wolf Pack. He has produced a team-leading 11 goals and is tied for second on the team with 18 points, and is one of only three Hartford players to have dressed for all 36 contests this season.

“I think it’s been a lot of learning and just trying to soak it up as much as I can,” Cuylle said of his first half of the season with the Wolf Pack.

Cuylle will represent the Wolf Pack at the 2023 AHL All-Star Classic presented by Bell in collaboration with Manulife Bank, set for Feb. 5-6 at Laval’s Place Bell.

“It means a lot,” said Cuylle, who will turn 21 on Feb. 5. “To get recognized like that is pretty cool, and I’m super-excited for the event.”

Cuylle is fresh off a strong week with the Wolf Pack, who went down to Charlotte and swept two games from the Checkers before taking three of four points in a weekend home-and-home series with Providence. Hartford has a seven-game point streak (3-0-2-2), and is in the thick of an Atlantic Division race that sees just seven points separating third place from eighth.

Last season, Cuylle captained the Windsor Spitfires and tied for sixth in the Ontario Hockey League with 43 goals in 59 games. He added 15 goals and 16 assists in 25 playoff games as Windsor reached Game 7 of the league finals, a postseason run that stretched to June 15 and left Cuylle with just a month before it was time for July development camp with the Rangers.

Cuylle believes that all of this hockey has benefited him.

“I think it definitely helped,” he said. “[It was] a good experience as well playing those meaningful games in the summer.”

The COVID-19 pandemic delayed the 2022 World Juniors until August, a situation that created a unique wrinkle for prospects…