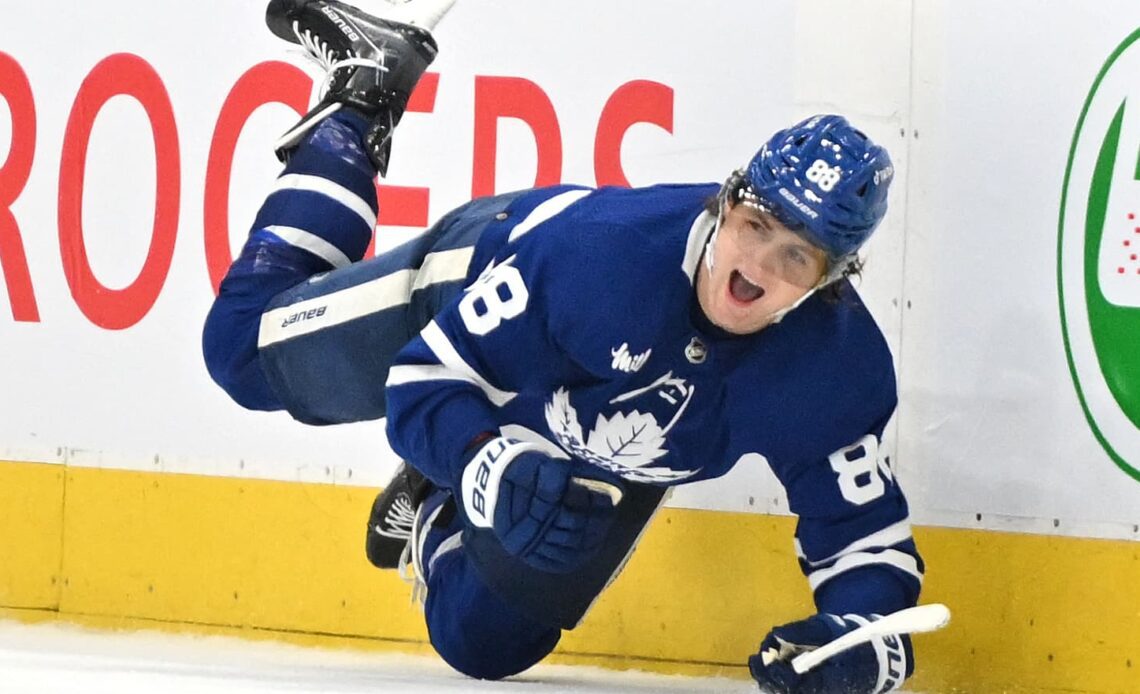 William Nylander felt he hadn’t been shooting the puck enough in recent weeks.

His coach agreed — and added the at-times frustrating talent’s skating also wasn’t up to the required level.

That changed in Tuesday’s third period before Nylander took it to another level with more room to manoeuvre.

The Maple Leafs winger scored his second goal of the night on a breathtaking individual effort at 1:53 of overtime as Toronto came back from a two-goal deficit to defeat Florida 5-4 in a feisty encounter between Atlantic Division rivals.

Nylander collected the puck in his own zone on the game-clinching sequence, gathered speed and beat Panthers centre Carter Verhaeghe wide before tucking his 24th goal of the season inside an outstretched Sergei Bobrovsky’s far post to ignite Scotiabank Arena.

“He’s got the reserve tank like I’ve never seen,” Leafs winger Mitch Marner said. “Finds ways out there, especially in overtime, to give himself space. Turns on the burners.”

Nylander assisted on Auston Matthews’ goal that made it 4-3 late in the second period, missed the net on a penalty shot early in the third and tied it up on a strange play where the puck bounced in off his helmet before those extra-time heroics with the teams playing 3-on-3.

William Nylander scores twice, including the overtime winner, as Toronto rallies for a 5-4 victory over Florida.

“A difference-maker,” Leafs head coach Sheldon Keefe said. “That’s more of the type of player he’s been for us all season.”

Nylander’s celebration, however, needs some work after he blew a tire before being mobbed by teammates along the boards.

“A little too fired up,” the Swede, who added an assist, said with a smile as he abruptly ended his scrum with reporters.

Dryden Hunt and Alexander Kerfoot provided the rest of the offence for Toronto (27-11-7).

Matt Murray allowed four goals on eight shots before being replaced by Ilya Samsonov early in the second. Samsonov finished with 11 saves.