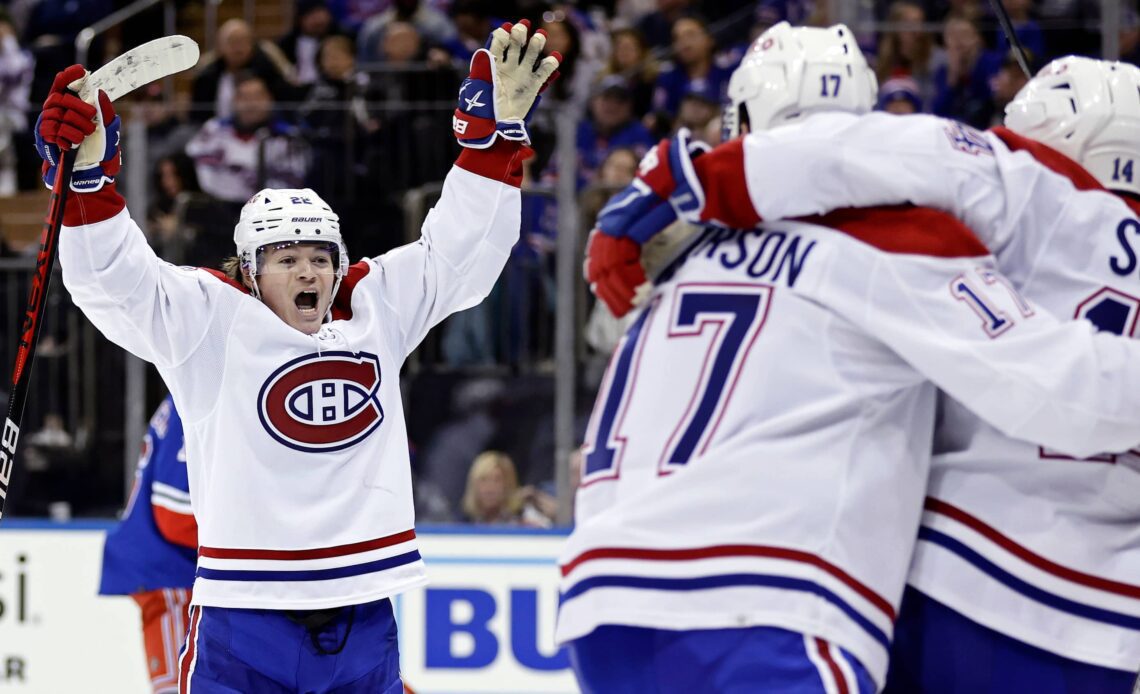 Slafkovsky sustained a lower-body injury in Montreal’s 2-1 loss to the New York Rangers on Sunday.

He has four goals and 10 points in 39 games this season but has been held off the scoresheet over Montreal’s last 15 games since getting an assist in a 3-2 loss to Ottawa on Dec. 14.

Armia (upper-body injury) had an assist in 18 minutes and 25 seconds of ice time against the Rangers.

Evans (lower-body injury) was injured in Montreal’s 2-1 loss to the New York Islanders on Saturday.

The Canadiens say all three forwards are out indefinitely and will be re-evaluated in the coming days.

Also, forward Sean Monahan was placed on long-term injured reserve. He has not played since sustaining a lower-body injury in a Dec. 5 overtime loss at Vancouver.

The Canadiens say Monahan is continuing his on-ice rehab by himself and “progressing well.”

Caufield scored his team-leading 26th of the year to give Montreal the edge over New York.

Montreal is also without forward Brendan Gallagher, who will be out at least another five weeks with a lower-body injury.

Pitlick also has one goal in 14 games with the Canadiens this season.