Gruden Family Comes From All Over For Jonathan’s NHL Debut 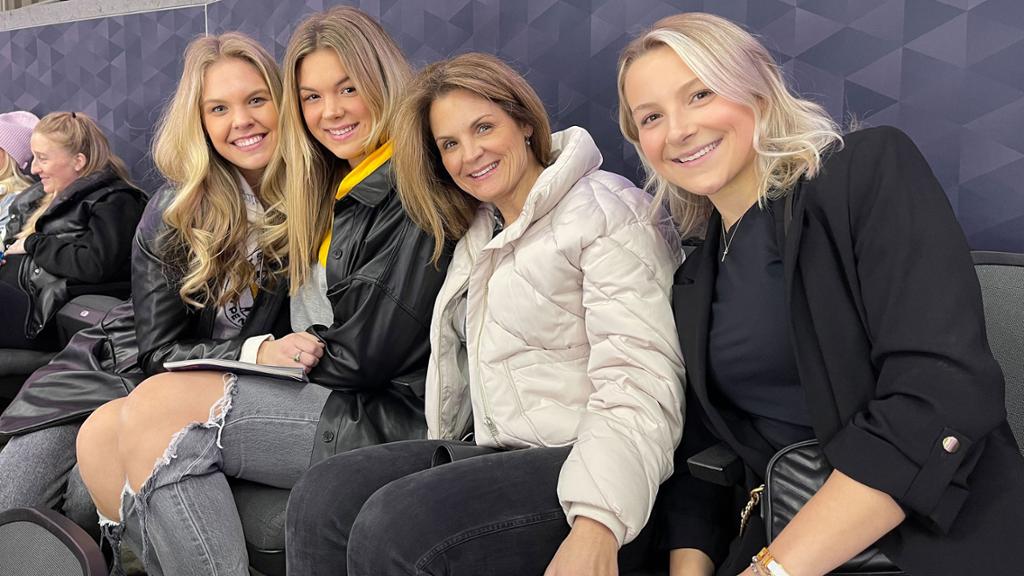 “Pretty crazy,” he said. “I found out (Sunday) morning in Charlotte, and then flew to Wilkes and drove here (Sunday) night.”

Gruden made his NHL debut on Monday night against the Anaheim Ducks at PPG Paints Arena. He logged 7:02 of ice time in the Penguins’ 4-3 overtime victory, even having an attempt ring off the post in the first period.

“I thought Grudes played well. I thought he was making good decisions, I thought he played with confidence,” head coach Mike Sullivan said. “I would have liked to have gotten him a little bit more ice time, but the way the game evolved with some of the power plays and special teams, it just didn’t give me the opportunity to use the bench the way I had intended going in and the way I wanted to. But I thought for his first game, I thought he played a real solid game.”

Gruden said that a mixture of feelings were at play leading up to start of the game.

“You can’t really prepare for anything like it. You just kind of have to go with the flow,” he said. “Nervous, excited, all the emotions, all in one. Once puck drops, it’s just another game, and [I] try to play my best game.”

He got to skate a few solo laps on his own to start pregame warmups before his teammates joined him on the ice. Gruden said that the moment was “really cool.”

“I blacked out there for a minute,” he said. “No bucket was pretty cool. It was fun.”

With roots in Rochester Hills, Mich., family members came from various places to make sure they saw his first game in person.

Jonathan’s mother, Polly, was at her home in Boston on Sunday when she got the call.

Polly added that her flight out of Boston had a slight delay, but that she would’ve made the 9 1/2 hour drive if necessary.

His older sister, Katlin, is a student at DePaul University in Chicago, but she wasn’t going to miss the special moment.

“Obviously, as a big sister, this is a proud big-sister moment,” she said. “I didn’t want to miss it, so I would do everything I could to be here and support him like I always have. No matter where he is in his career, we’ll always be here and supporting him, so we’re just so excited to be here.”

Jonathan’s younger sister, Elizabeth, is also in school. With a day off…