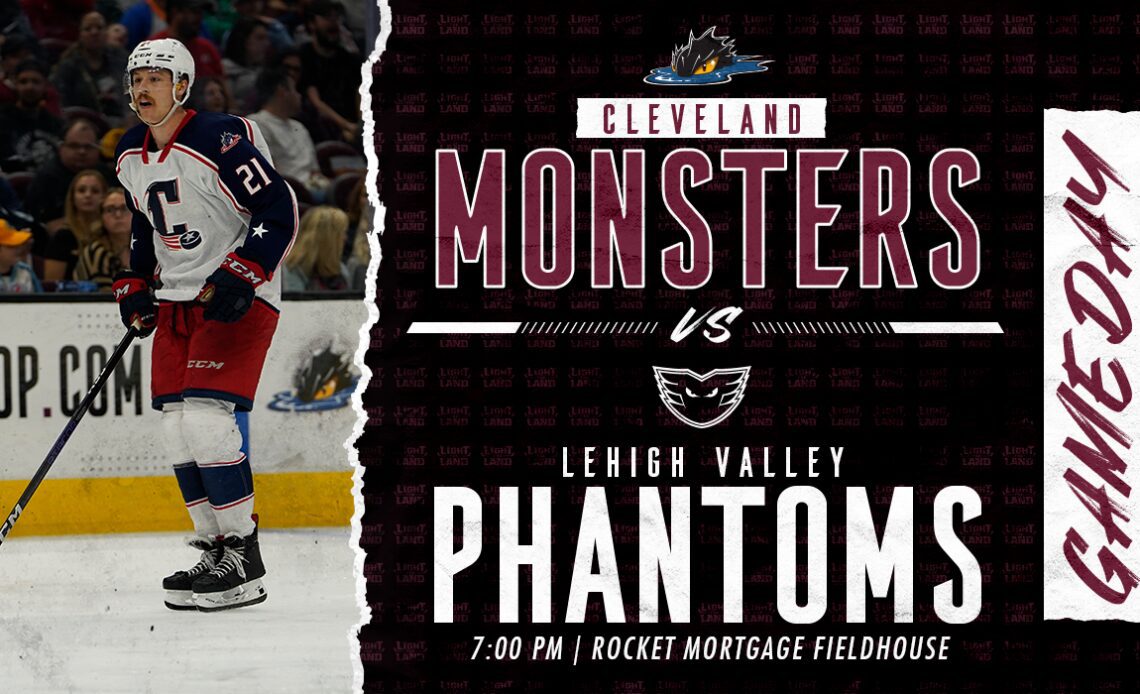 In the third of four meetings between the two teams this season, the Cleveland Monsters, AHL affiliate of the NHL’s Columbus Blue Jackets, drop the puck vs. the Lehigh Valley Phantoms, AHL affiliate of the NHL’s Philadelphia Flyers, on Tuesday with full coverage, live from Rocket Mortgage FieldHouse, underway at 7:00 pm on FOX Sports 1350 “The Gambler”, AHLTV, and the Monsters Hockey Network.

MONSTERS PRE-SCOUT: Following a 2-6 road loss to the Laval Rocket on Saturday, the Cleveland Monsters enter tonight’s game at 14-16-2-2 on the season. With 32 standings points, the Monsters currently rank seventh in the North Division standings and 15th in the Eastern Conference. Cleveland is currently led in scoring by RW Trey Fix-Wolansky (16-20-36), RW Emil Bemstrom (14-17-31), and C Justin Richards (6-16-22).

PHANTOMS PRE-SCOUT: Following a 2-5 home loss to the Syracuse Crunch on Saturday, the Lehigh Valley Phantoms enter tonight’s game at 16-14-3-2 on the season. With 37 standings points, the Phantoms currently rank sixth in the Atlantic Division standings and tenth in the Eastern Conference. Lehigh Valley is currently led in scoring by RW Olle Lycksell (6-18-24), RW Tyson Foerster (11-12-23), and LW Elliot Desnoyers (13-7-20).

REGULAR-SEASON SERIES: Tuesday marks the third of four meetings between the Monsters and Phantoms this season (1-1-0-0, even goal differential [8/8]) and the first of two games between the two clubs at Rocket Mortgage FieldHouse this year.