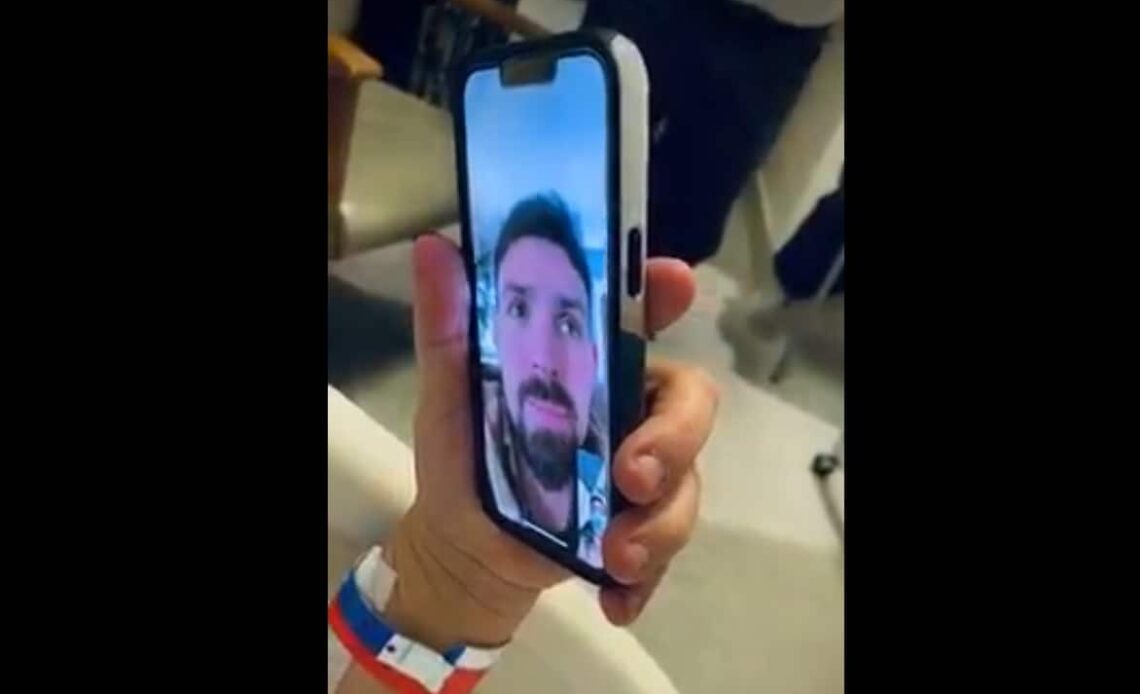 A Cree woman from northern Quebec had a little bit of light added to a deeply challenging time this week, thanks to a 10-minute video chat with Montreal Canadiens goaltender Carey Price.

Shirley Wischee Moar found out in early January that headaches she’s been experiencing are being caused by brain tumours. She is still undergoing surgeries, and will need to go through radiation and chemotherapy.

On Sunday afternoon, a video call came in from none other than Price.

“I’m a Montreal Canadiens fan … number one,” said Moar at the beginning of the video chat from her hospital bed at Montreal Neurological Institute-Hospital. Moar is from Waskaganish, Que., located about 1,200 kilometers north of Montreal on the shore of James Bay.

A former gym teacher and colleague of Shirley at the local school in Waskaganish, Jonathan Bertrand, arranged the video call between her and Price on Sunday.

“Hi, nice to meet you,” said Price at the start of the conversation that touched on their home communities, families, the New York Rangers, New York City, Indigenous politics and the importance of education, among other things. Their exchange was often easy and lighthearted.

“I never really enjoyed going to New York as a player,” shared Price. “Too crowded there for me.”

During the video chat, Moar also shared that it was difficult to receive her diagnosis.

“I just thought I would come for an appointment … It was … tough to receive the news,” said the 56-year-old.

Shirley Wischee Moar of Waskaganish found out in early January that headaches she’s been experiencing are being caused by brain tumours. She recently had a little bit of light added to a deeply challenging time this week, thanks to a 10-minute video chat with Montreal Canadiens goaltender Carey Price.

More than 30-year career in education

Moar worked for more than 30 years as a teacher with the Cree School Board and was most recently working as an education consultant.

She thanked Price for the respect he shows Indigenous peoples and praised him for being such a good role model for Indigenous youth.

“I’ve always tried to keep children at the forefront of…