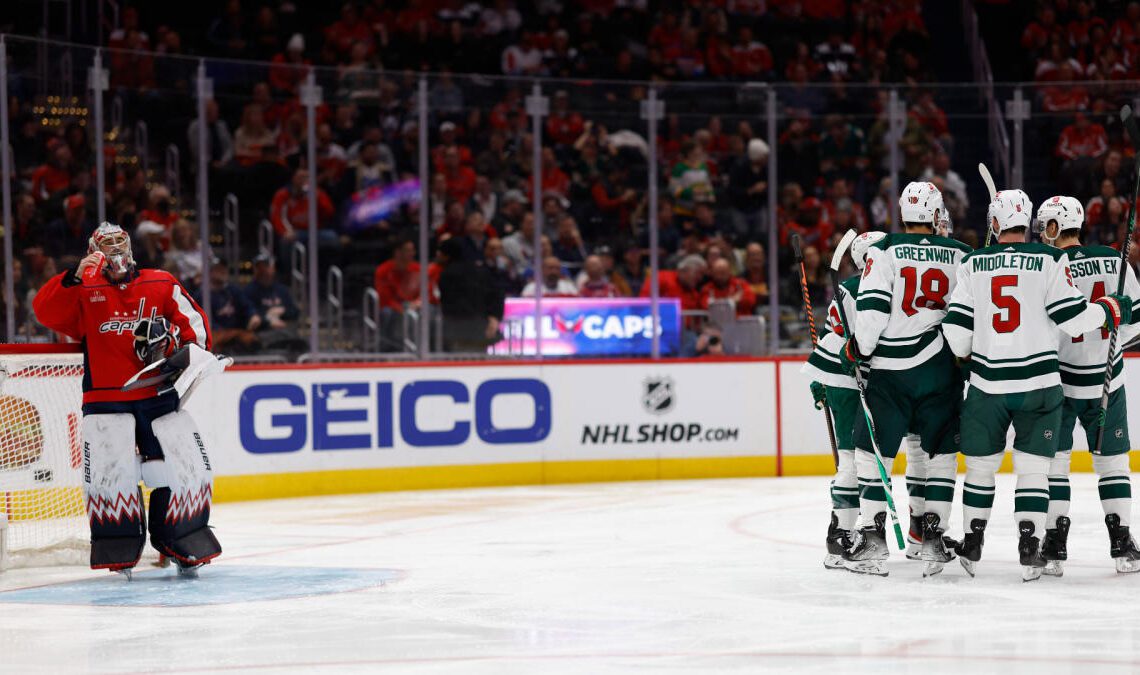 WASHINGTON — The Capitals got the start they wanted. They opened Tuesday’s game against the Minnesota Wild parking the puck in the offensive zone and dominating possession. It helped them to an early lead, but the Capitals ultimately couldn’t hang onto it as the Wild made the most of their opportunities to pick up the 4-2 win.

Charlie Lindgren made his first start for the Capitals in 11 days and wasn’t tested much early, facing just three shots on goal in the opening period. Then the Wild started controlling the puck and they broke through with three goals on the 29-year-old netminder in the second period to swing the game in their favor.

The tinkering Capitals outshot the Wild 35-22 on the night but lost their offensive momentum despite their strong start. Head coach Peter Laviolette shuffled his forward lines around for the fifth straight game, making Anthony Mantha a healthy scratch again while moving Evgeny Kuznetsov down to the fourth line in the place of the injured Nic Dowd.

A player known for his contributions in the defensive zone, Martin Fehervary provided most of the offense for Washington with just the second multi-point game of his career. He scored on a give-and-go with Alex Ovechkin late in the first before recording the primary assist on Dylan Strome’s tally a period later.

After Strome’s goal gave the Capitals a 2-1 lead at the 5:05 mark of the second, the Wild grabbed momentum on goals by defensemen Jonas Brodin and Jared Spurgeon — the latter’s second of the night. All three of the Wild’s early goals came from beyond the circles while their forwards up front created enough traffic to block Lindgren’s view. Center Joel Eriksson Ek scored an empty netter with 53 seconds left to ice it.

On the other end, Minnesota goaltender Filip Gustavsson continued his stellar start to the season by shaking off the Capitals’ early damage to record his fifth straight game allowing two goals or fewer. He’s started to make a case for a greater share of the Wild’s starts while competing with Marc Andre-Fleury for playing time.

With the loss, the Capitals dropped to 24-17-6 on the season. After playing just five of their last 15 games away from home, they’ll hit the road for a three-game West Coast swing that begins Thursday against the Arizona Coyotes.