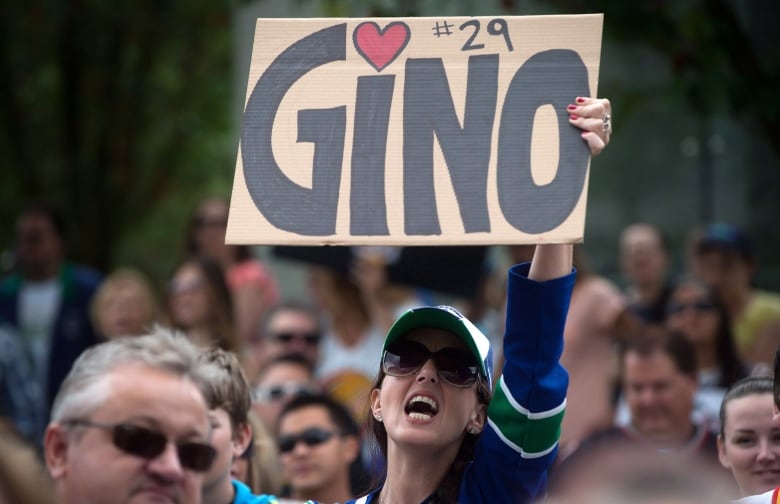 Every time Gino Odjick and his close friend Peter Leech would visit an Indigenous community, the pair always felt the trip was cathartic.

“We always looked at the work we did within the communities as medicine for us,” said Leech, a member of the St’at’imc Tribal Nation who was friends with Odjick for nearly 30 years.

“It helped us mentally, emotionally, spiritually,” he said.

Odjick was widely known for his role as an enforcer on the ice but spent much of his life mentoring Indigenous youth in communities across the country to set goals and chase their dreams — whether on the ice or in a classroom.

Odjick and Leech would visit about three to four communities per month and hosted workshops. Leech says, at first, they were sports-related but, over the years, would broaden in scope, focusing on personal growth in all areas.

There were days when the pair would see just what kind of difference they made.

“A young lady we met at 13 years old. She wanted to thank us. She came up and thanked both of us personally. She said we influenced her to become a lawyer. She was 24 when we saw her again,” said Leech.

In 1995, Odjick embarked on his Journey of Healing between Calgary and Vancouver, stopping at 14 communities along the way to raise awareness about the dangers of drugs and alcohol.

Chief Jen Thomas of the Tsliel-Waututh First Nation helped organize the tour, recalling Odjick’s insistence that they fit in as many stops as possible.

“It was a lot of hard work, but we pulled it off in a really short time,” said Thomas.

“He was greeted by all ages of people,” said Thomas. “From little ones to all the way up to elders. It really meant a lot to those First Nations communities that he was making an effort to show up.”

“It really showed that everyone was important to him.”

WATCH | Gino Odjick wore the number 29 in honour of his father:

Why Gino Odjick wore 29 on his jersey