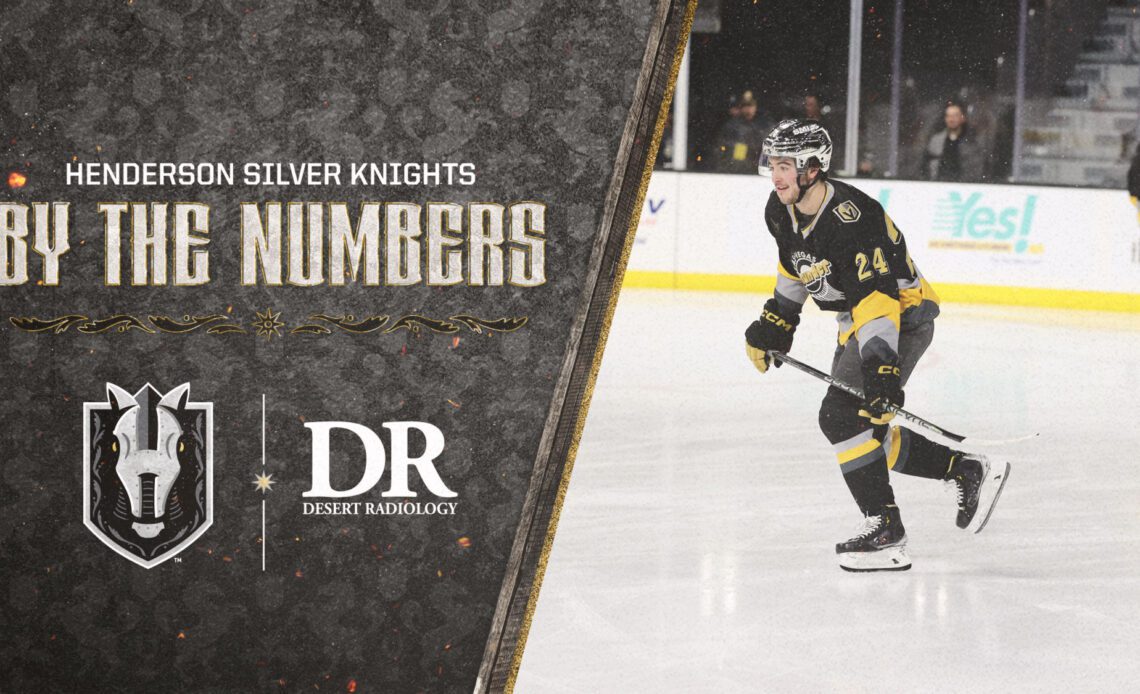 The Henderson Silver Knights are coming off back-to-back wins against the Calgary Wranglers at home. The team heads into a single-game home contest against Tucson and two road games against Colorado this week.

Let’s look at some of the key numbers for the Knights through 39 games:

28: Forwards Gage Quinney (16G, 12A) and Sheldon Rempal (9G, 19A) are tied to lead the Henderson Silver Knights with 28 points each. Quinney has recorded six points in the last five games, while Rempal has recorded five over the same timespan. They combined for four points against the Wranglers in this weekend’s victories.

30: Goaltenders Laurent Brossoit and Jiri Patera have both stopped 30 shots or more in their most recent starts, both against the Calgary Wranglers. Patera stopped 36 of 37 in the Knights’ 3-1 victory on Friday evening, and Brossoit stopped 32 of 34 in the team’s 4-2 victory on Saturday afternoon.

16: Gage Quinney leads the Silver Knights in goals this season. He has scored 16 in 37 games played and five in his last five games. Quinney netted two goals against San Jose, one against Ontario, and one against Calgary on Thunder Knight.

3: Cormier is tied for third among first-year defensemen in points for the AHL, with 20 points (4G, 16A). Over the past five games, he has produced at a point-per-game pace, all assists. His game against Abbotsford on January 6 and against Calgary on January 13 were both two-point games.

100: Colt Conrad played in his 100th AHL game on Friday evening. He has played 69 of those games with the Silver Knights, scoring 27 points (9G, 18A) over that span. He has scored 34 points in his total AHL career.

5: The Henderson Silver Knights currently have five players called up to the Vegas Golden Knights. Byron Froese, Jonas Rondbjerg, and Kaedan Korczak are all on the regular roster, while Pavel Dorofeyev and Daniil Miromanov are both currently on injured reserve.

The post BY THE NUMBERS: JAN. 17 appeared first on Henderson Silver Knights.