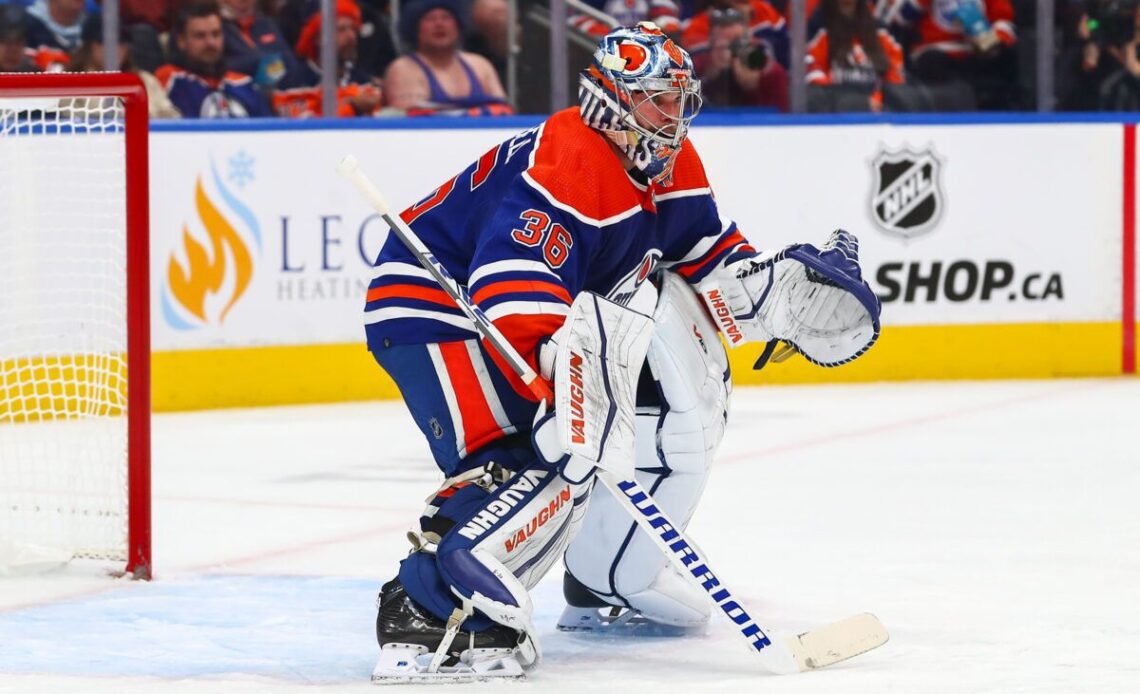 While things are certainly going well as of now for the Edmonton Oilers, thanks to three straight victories, the first half of the 2022-23 season was far from smooth sailing. Expectations were the highest they had been for this team in some time after advancing to the Western Conference Final last season, but they’ve since been tempered due to inconsistent play.

Related: 3 Flames Takeaways From First Half of 2022-23 Season

Having played in 45 games so far, the Oilers are just slightly past the midway point of the 2022-23 campaign. Through those 45 games, they own a pedestrian 24-18-3 record, which has them outside of the top three in the Pacific Division, though it’s still good enough for a wild card position. Here are the main three takeaways from what led to their somewhat disappointing first half and what can be done to improve down the stretch.

For the first time in a long time, it seemed the Oilers finally had a legitimate No. 1 goaltender after signing Jack Campbell to a five-year, $25 million deal this offseason. That said, the contract did have some detractors, as many pointed to the now 31-year-old’s lack of experience as a potential cause of concern.

Fast forward to where we are now, and those concerns have been validated. Campbell has really struggled with his new team so far and has often played second fiddle to rookie goaltender Stuart Skinner. His 3.43 goals against average (GAA) and .883 save percentage (SV%) through 22 games are worse than even his biggest detractors could have imagined when he signed his deal.

As bad of a start as it has been to his Oilers tenure, however, Campbell has shown signs of improvement as of late. In six appearances during the month of January, he has recorded a rock solid 2.02 GAA and a .915 SV%. On top of that, he has won each of his past four starts and is looking more like the goaltender who tore up the league with the Toronto Maple Leafs through the first half of the 2021-22 season. If this recent stretch is a sign of what is to come, the Oilers could quickly see themselves propel up the league standings.

Back when the Oilers chose to give Evander Kane a shot on a one-year deal during the 2021-22 season, many were skeptical. After all, the now 31-year-old had worn out his welcome in a number of destinations in prior years…