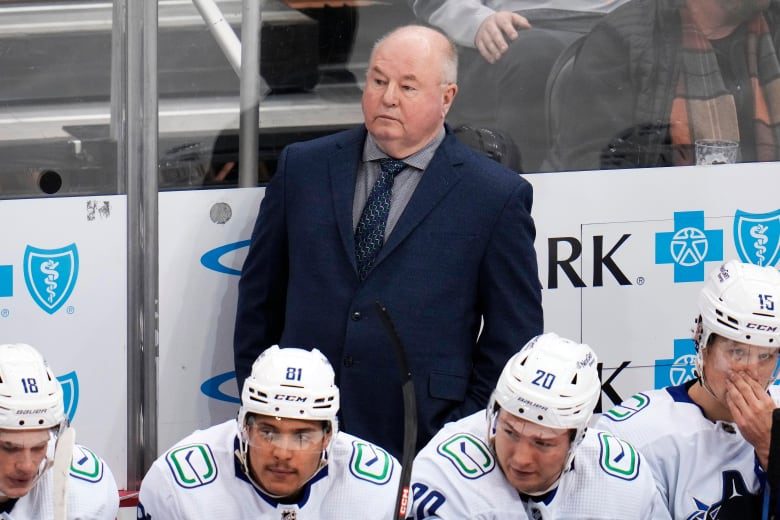 Anyone doubting the Vancouver Canucks is in a very bad place these days need only listen to president of hockey operations Jim Rutherford, who on Monday confirmed the fact amid questions from the media about the club’s ongoing failure to ice a winner and related dramas blowing up around the team.

With playoff hopes already dashed and the season only half over, Rutherford was blunt in his assessments.

“I’m pretty disappointed with the job I’ve done,” he said. “This was never going to be a quick fix … I know the frustration of the fans and media. And everyone wants it done sooner than later, just like I do. But in a cap world, it’s not that easy to do.”

But expectations that a new vision at the top would lead to improved results on the scoreboard have not materialized.

Rutherford was asked if the team should just tank the remainder of the season to increase the odds of drafting superstar-in-waiting Connor Bedard in June’s rookie draft.

“I thought we were tanking. We’re pretty close to the bottom,” he said. “I would never … go and tell a coach or the players don’t play hard for this game. They have a job to do, to come to work every game and try to win that game.”

Addressing rumours that head coach Bruce Boudreau would be fired imminently, with Rick Tocchet waiting in the wings to replace him, Rutherford divulged he’s been talking to contacts about potential coaching hires for months.

“Bruce is our coach, and that’s the way it is today,” was all he would say.

Rutherford said the team needs “major surgery” and that the plan is to “retool” the roster with young players rather than stock up on draft picks for a multi-year rebuilding project.

“My preference is when we make deals, it’s not necessarily for draft picks who may come in and help the team four years or five years from now. I would prefer to get younger NHL players that may not have worked out well on the entry-level contracts and bring them in to get a second chance,” he said.

One of the major moves that seems inevitable is parting ways with captain Bo Horvat, likely in a trade before the season ends.

A pending free agent, Horvat is having a career year and will command upwards of $8 million a season on…