Talbot’s turnover leads to winner as Senators fall to Blues 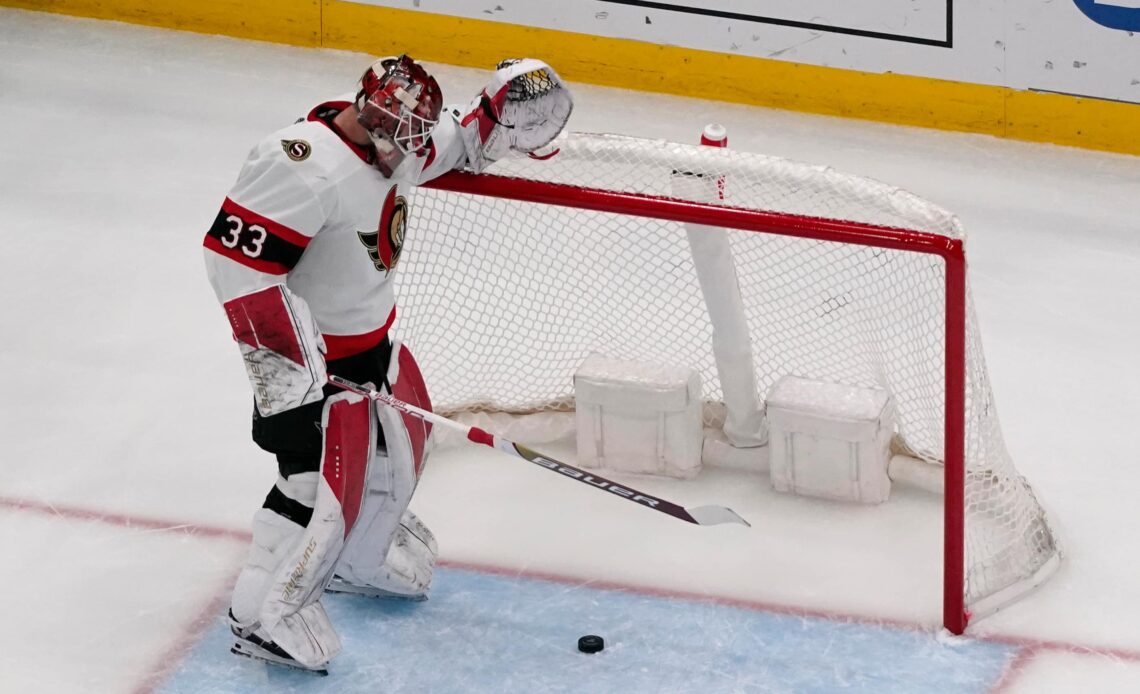 Jake Neighbours and Noel Acciari scored first-period goals and Jordan Binnington made 31 saves to lead the St. Louis Blues over the Ottawa Senators 2-1 on Monday night.

St. Louis broke a two-game skid and beat the Senators for the seventh time in nine meetings.

Tim Stutzle scored for Ottawa, which has lost four of five.

Acciari pounced on a miscue by Senators goalie Cam Talbot to make it 2-0. Talbot partially fanned on a clearing attempt, giving Acciari an open net.

“He fumbled it and I cashed in,” Acciari said. “A fortuitous bounce for me.”

Acciari began the play by poking the puck away in his own zone. Then he zipped down the ice and was there when Talbot made the miscue.

“You’ll never get cheated from him when it comes to effort,” St. Louis coach Craig Berube said.

Neighbours scored from close range 5:30 in off a pass from Calle Rosen, who broke loose on the right wing.

“It’s kind of cliche — you go to the net with your stick on the ice,” Neighbours said. “I was leaning on that stick and hoping it would bounce off of it.”

Ottawa ended a four-period scoring drought when Stutzle converted from the slot in the second off a pass from Brady Tkachuk, a St. Louis native. Stutzle leads the Senators with 19 goals.

Binnington, who lost two of his three previous starts, improved to 17-14-3. He stopped a backhander from Claude Giroux from close range with 5:37 left.

‘The effort was there’

“We did a good job of weathering the storm,” Binnington said. “We’re going to take these two points and keep attacking.”

Binnington stopped all 12 shots he faced in the final period when a good majority of the play was in the Blues end.

“I don’t think we’ve played our best hockey of late,” Binnington said. “We need to have a good stretch here.”

Ottawa coach D.J. Smith said Binnington’s performance was the difference in the game.