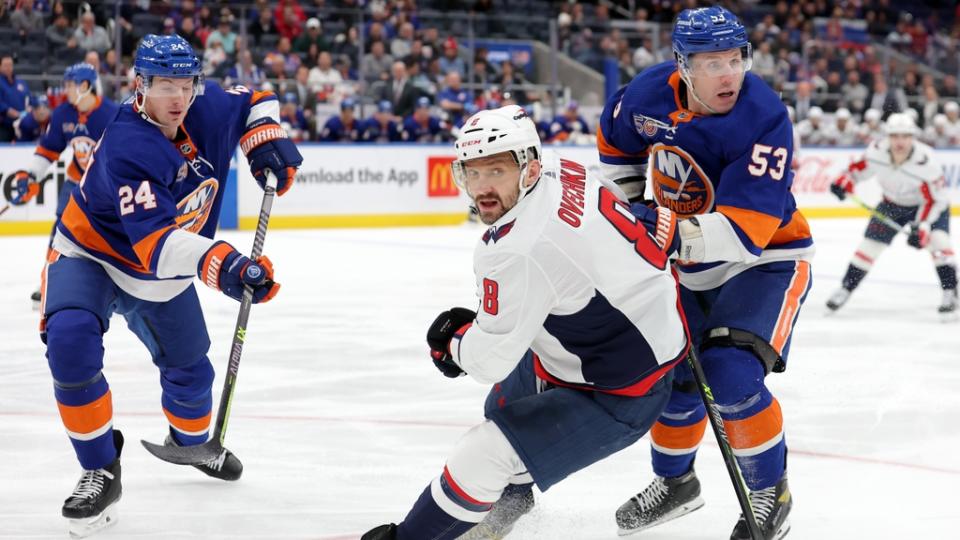 NEW YORK (AP) — Dmitry Orlov scored at 4:27 of overtime as the Washington Capitals rallied from three goals down to down to beat the New York Islanders 4-3 on Monday night.

Garnet Hathaway, Tom Wilson and T.J. Oshie scored over the final 30 minutes of regulation after the Capitals trailed 3-0. Darcy Kuemper had 27 saves to help Washington snap a three-game losing streak and improve to 14-4-2 since Dec. 5.

Aho opened the scoring at 4:24 of the first, blasting a shot from the point past Keumper for his fourth goal of the season. Islander defensemen have 27 goals this season, tied with Carolina for the league lead.

Martin scored with 6:51 left in the period with his fourth and Fasching increased the lead to 3-0 at 3:51 of the second with his third.

Hathaway broke through for the Capitals with his seventh at 10:01 of the middle period. Alex Ovechkin had an assist on the play, extending his team lead to 50 points.

Wilson made it 3-2 with his first goal this season with 6:52 left in the second. Wilson was playing only his fourth game following recovery from left knee surgery.

The Islanders held the slim lead entering the third and were 16-2-0 when leading through 40 minutes this season.

Oshie tied it when his long shot from just inside the blueline at the left point eluded Sorokin at 5:54 of the third for Oshie’s ninth of the season.

Oshie then set up Orlov for the winning goal in the final minute of overtime.

The Islanders held a pre-game moment of silence for Gino Odjick, the former forward who passed on Sunday at age 52. Odjick played 82 games for the Islanders over three seasons in the late 1990s.

Zach Parise played in his 127th consecutive game for the Islanders. The 38-year-old forward has played every game since joining the team in October 2021.