Canucks lose Demko to injury in lopsided loss to Panthers 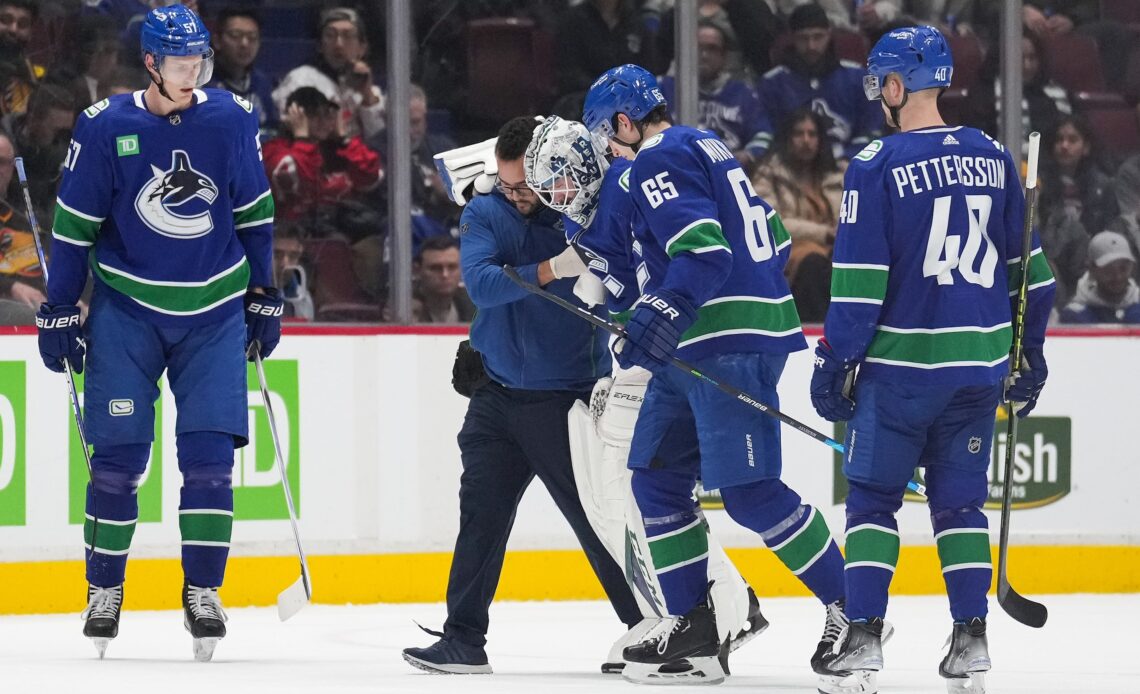 Vancouver Canucks coach Bruce Boudreau is heading back to the drawing board after another head-scratching loss.

After sweeping a tough road trip last week, his team has come out flat in two straight losses at home, including a 5-1 decision to the Florida Panthers on Thursday.

“How we can play so good in one week and then so bad the next week, it’s pretty mind boggling,” Boudreau said.

“I would have put us against anybody after playing Colorado and Vegas and then coming back and still beating a San Jose team that won their next game 4-0 and then took the Leafs to the wire.”

A disastrous 59-second span at the end of the first period proved to be the Canucks’ (9-12-3) undoing Thursday.

Matthew Tkachuk opened the scoring 18:14 into the first, sending a backhanded shot in from the slot for his 11th goal of the season.

Twenty-five seconds later, former Canuck Gustav Forsling scored with a one-timer through traffic to put the Panthers up 2-0. Sam Reinhart contributed an assist on the play to extend his point streak to five games (two goals, five assist).

Seconds later, Florida was once again on the attack, peppering the Vancouver net with shots. Thatcher Demko stopped a shot from Patric Hornqvist, then grabbed his right leg as Ryan Lomberg batted in the rebound to give the visitors a 3-0 advantage.

The goalie stayed down in the crease while a trainer came out. Supported by a trainer and teammate Ilya Mikheyev, Demko left the ice, putting no weight on his right leg.

Canucks’ Demko leaves games with injury in loss to Panthers

Goalie Thatcher Demko has to be helped off the ice after suffering an apparent lower-body injury in Vancouver’s 5-1 loss to Florida.

“Any time you lose your starter like that — I mean he could barely put weight on his leg — obviously we’re concerned about him,” said Canucks’ captain Bo Horvat. “Not sure the severity of it but hopefully he’s going to be OK and back in our lineup soon.”

The Canucks later tweeted that Demko would not return and Boudreau did not have an update on the goalie’s status after the game.

Demko stopped 15-of-18 shots on the night. He was replaced by Spencer Martin, who made 13 saves.

It can be hard for a goalie to focus when they come off the bench due to an injury, Martin admitted.

“Especially with a goalie partner or friend,” he said. “But at the same time, you have a job to do once you’re in that position. So I’m prepared for that every time I’m on…