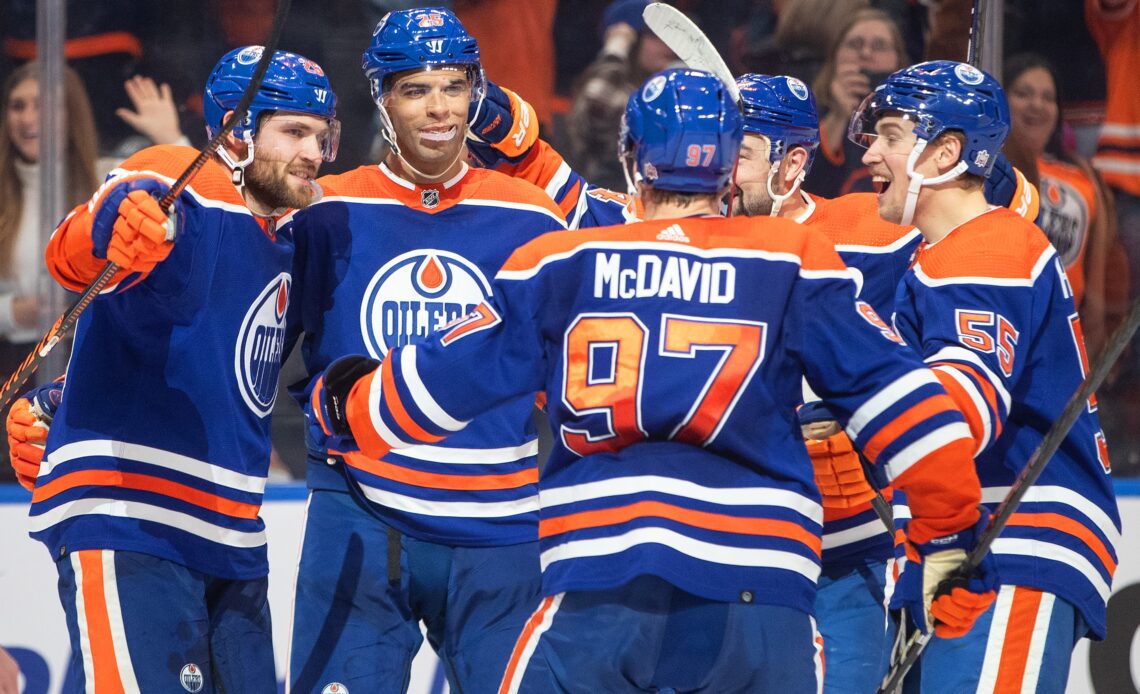 Draisaitl scored the overtime winner as the Edmonton Oilers came away with a 4-3 victory at home over the suddenly slumping Florida Panthers on Monday.

It took just 22 seconds into the extra session for Draisaitl to take a pass back from McDavid and score his 13th of the season. McDavid had a goal and two assists, the first helper coming with five seconds left in regulation on the game-tying goal.

“It was kind of a weird one from our group. I thought we were kind of lethargic. We’ve talked about hanging in there, about winning with your B and C game,” McDavid said. “We kind of stole it late.

After Evan Bouchard tied the game with 5 seconds left in regulation, Leon Draisaitl scores in overtime to give Edmonton a 4-3 victory over Florida.

Tyson Barrie and Evan Bouchard also scored while Zach Hyman had three assists for the Oilers (12-10-0) who have come from behind to win two games in a row.

“You don’t want to find yourself in that situation too much, but when we are, we’ve got a lot of confidence that we can just continue to play our game, stick with it and come away with a point or two,” Draisaitl said. “We’ve put in two pretty solid games here.”

Edmonton defenceman Evan Bouchard scores against the Panthers with 5 seconds left in regulation time and sends the game to overtime.

Stuart Skinner made 25 saves in the win.

Matthew Tkachuk, with one goal and one assist, Anton Lundell and Brandon Montour responded for the Panthers (10-8-4) who have lost five of their last six games. Spencer Knight stopped 36-of-40 shots.

Florida head coach Paul Maurice referred to the McDavid-Draisaitl combination as a lethal one.

“They are two dynamic players, they are a lot to handle. They tied the game and then won the game for them,” he said. “Our goaltender was fantastic tonight. We found a way to get the lead back. That’s a tough one to lose, with them scoring with five seconds left.

“The fight was there, but we know we can do better.”

The Panthers only needed 3:49 to open the scoring. Tkachuk took a pass that deflected off the skate of Oilers defenceman Darnell Nurse and put it past Skinner after taking a couple of whacks at the puck for…