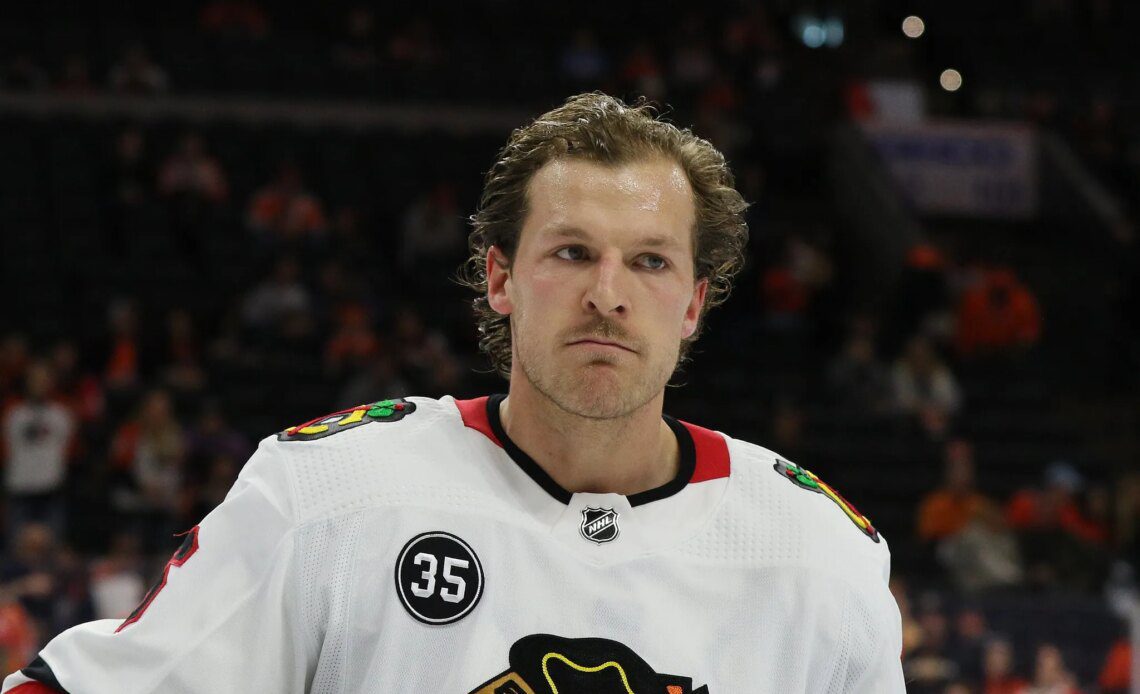 Let’s drop the puck on episode three of Toronto Maple Leafs’ 2022-23 Trade Targets. After stops with the Anaheim Ducks and Edmonton Oilers, we make way to the Windy City and uncover some trade candidates from the Chicago Blackhawks. The rebuilding Blackhawks sit near the bottom of the NHL standings with a 6-11-4 record on the season. There’s no doubt general manager (GM) Kyle Davidson is going to be active on the trade market and with a trade history with Maple Leafs GM Kyle Dubas, fans could very well see another deal between the two storied franchises in the coming weeks.

While most of Leafs Nation is yelling “Patrick Kane or nobody,” admittedly it’s very unlikely fans see Kane or Jonathan Toews, for that matter, end up in a Maple Leafs’ uniform. With that being said, let’s see who else the Blackhawks have to offer:

If Jake Muzzin’s career is in jeopardy, the Maple Leafs need to consider replacing him not only for the rest of this season but beyond. Jake McCabe is a viable replacement. McCabe plays a similar style, he’s younger, has a cheaper cap hit at $4 million per season and he’s signed through the 2024-25 season.

McCabe plays the game tough and angry, and would bring some much-needed sandpaper to the Maple Leafs defense core. This season, he’s leading the struggling Blackhawks’ defense in plus/minus and looking back to last season, he recorded a team-leading 166 hits and added a whopping 167 blocked shots, good for second on the team. To give fans an idea, he would have ranked first on the Maple Leafs in both categories and registered 61 more blocks last season than any other Maple Leaf.

McCabe checks a lot of boxes for the franchise and is a player whose game suits the battles of the Stanley Cup Playoffs. Funny enough, he’s yet to appear in a Stanley Cup Playoff game, but he does have 446 career NHL games under his belt, most of which came as a member of the struggling Buffalo Sabres franchise.

The Blackhawks blueliner is currently playing over 19 minutes of ice time a night, including an average of 2:18 per game shorthanded. McCabe would be a perfect replacement for Muzzin; Dubas and company should consider the move.

The only downside here is McCabe is prone to injuries. He never played a full 82-game season since coming into the NHL in 2013-14. This trade is likely only…