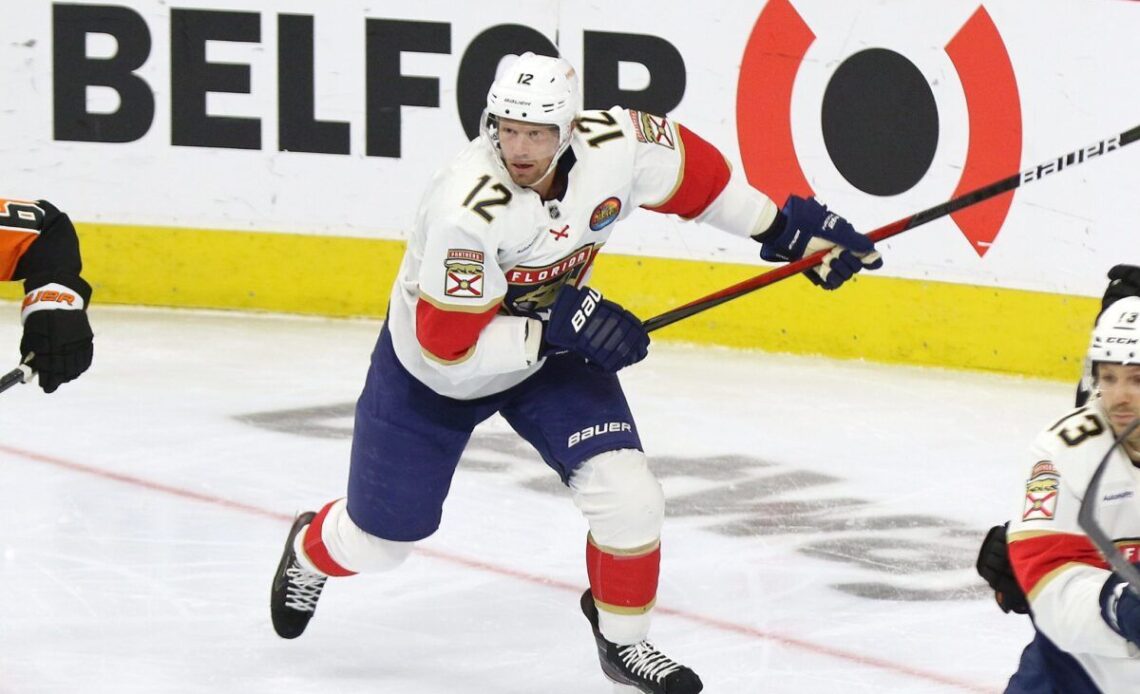 The Florida Panthers are off to a shaky start to their season. After Thanksgiving, they currently sit at 10-8-3 with 20 points, two points outside the final wild-card spot in the Eastern Conference behind the Pittsburgh Penguins and New York Rangers. One of the biggest issues that has been killing the team as of late has been poor defense.

This past offseason, they brought in defenseman Marc Staal on a one-year contract to put a stopgap on their defense after trading away Mackenzie Weeger in a package deal for forward Matthew Tkachuk. In addition, they signed forward Eric Staal to a one-year deal after successfully earning his spot in a professional tryout (PTO). But unfortunately, the brothers have proven to be a disaster for Florida, and they may need to shut down the experiment altogether before the damage becomes irreparable.

Marc Staal is Stalling Out on Defense

Marc looked to rejuvenate his career in Sunrise, Florida. However, it does not look like that will be the case. Staal has played in all 21 games this season. In those games, he only has one assist, six penalty minutes and a pitiful minus-8 rating, which is currently the lowest on the team. In addition, he has yet to have his rating go over plus-1 in any single game.

Related: Panthers’ Knight May Have Unseated Bobrovsky as Starting Goalie

Unfortunately, it may be hard to try and demote him from the second defensive pairing, considering how much chemistry the third pairing in Josh Mahura and Radko Gudas has.

Eric Staal’s Age is Finally Catching up to Him

After being out of the league last season, Eric looks to give his NHL career one last run as a Panther. However, it is clear, he is far from the player he was years ago. Through 14 appearances for Florida this season, he has zero points and a minus-6 rating, which is the second worst on the team behind only his brother in Marc. In addition, his Corsi for percentage (CF%) this season is 48.5%.

It’s depressing to see, considering they ended up waiving forward Rudolfs Balcers to make room for him in the salary cap. The move itself just has not worked out the way general manager Bill Zito hoped it would.

What Moves Can be Made to Replace the Staals?