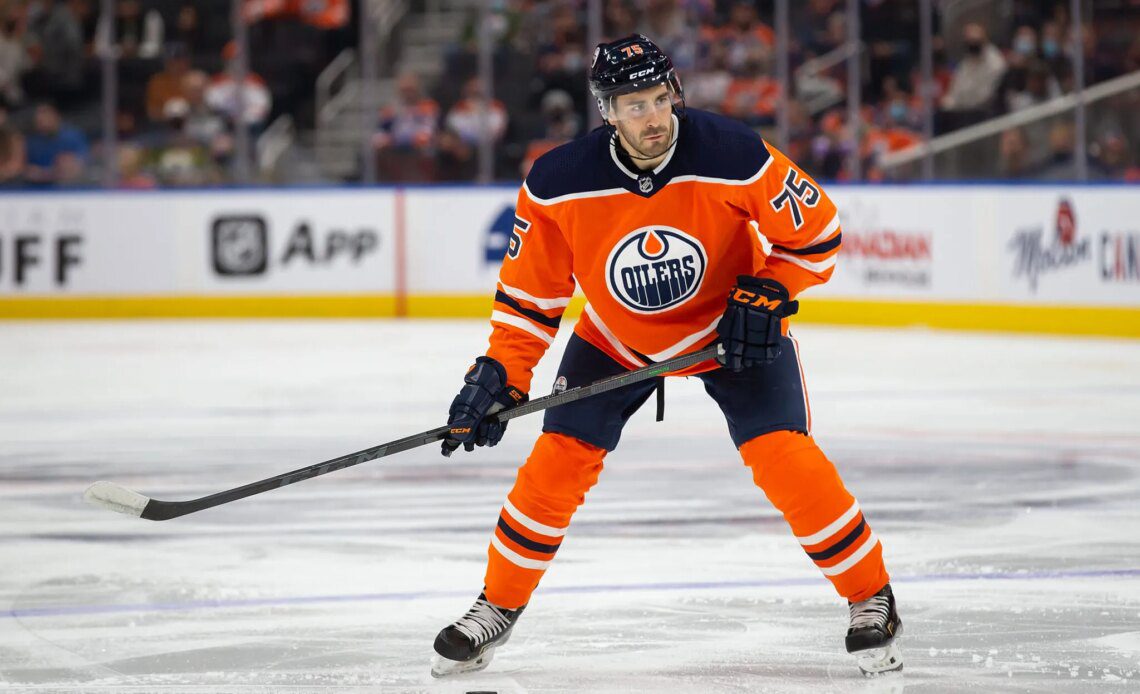 If there was ever an example of how important depth scoring is to the Edmonton Oilers and the degree to which it has been lacking in the first quarter of the 2022-23 NHL season, it was made grossly apparent in their 4-3 comeback win against the New York Rangers on Saturday (Nov. 26). Entering the third period down 3-0, they stunned the Rangers with four unanswered goals as the Oilers won in regulation after trailing by three goals during the third period for the first time since Jan. 25, 1990.

What made this once-in-a-generation occurrence even more improbable was who sparked the rally: defenseman Evan Bouchard had the Oilers’ first two goals, and Dylan Holloway tied it up. Neither had scored in their first 20 games of the season. Rookie Holloway, in fact, was without a regular season goal in his young NHL career until Saturday.

With the teams even at three and just over two minutes remaining in the third period, Leon Draisaitl tallied on the power play, with assists from Ryan Nugent-Hopkins and Connor McDavid. But that trio of forwards getting on the scoresheet was nothing new, which is exactly the point.

The Oilers had come into Saturday’s game as losers of three of their previous four games. In the one win, a 4-3 overtime victory over the Vegas Golden Knights on Nov. 19, Draisaitl and McDavid each scored and recorded an assist, while Nugent-Hopkins had three assists. In the three losses, they had scored just three goals total: one each from Draisaitl, Nugent-Hopkins, and fellow top-six forward Zach Hyman.

That’s been the story of the season. When the superstar pair of Draisaitl (12 goals through the Oilers’ first 21 games) and McDavid (16) are having their big nights, they are winning. When the Art Ross and Hart Trophy winners are held in check, the Oilers are most likely taking an L.

Hyman and Nugent-Hopkins (nine goals each) have certainly done their part, and Evander Kane was on pace for close to 30 goals this season before being sidelined after his wrist was cut during a Nov. 8 game against the Tampa Bay Lightning, but beyond that, the Oilers have been starved for depth scoring as no other player on the team has more than three goals.

This has left the offensive output almost solely up to Edmonton’s superstars, more than can be reasonably expected of even players as sublime as Draisaitl and McDavid. The…