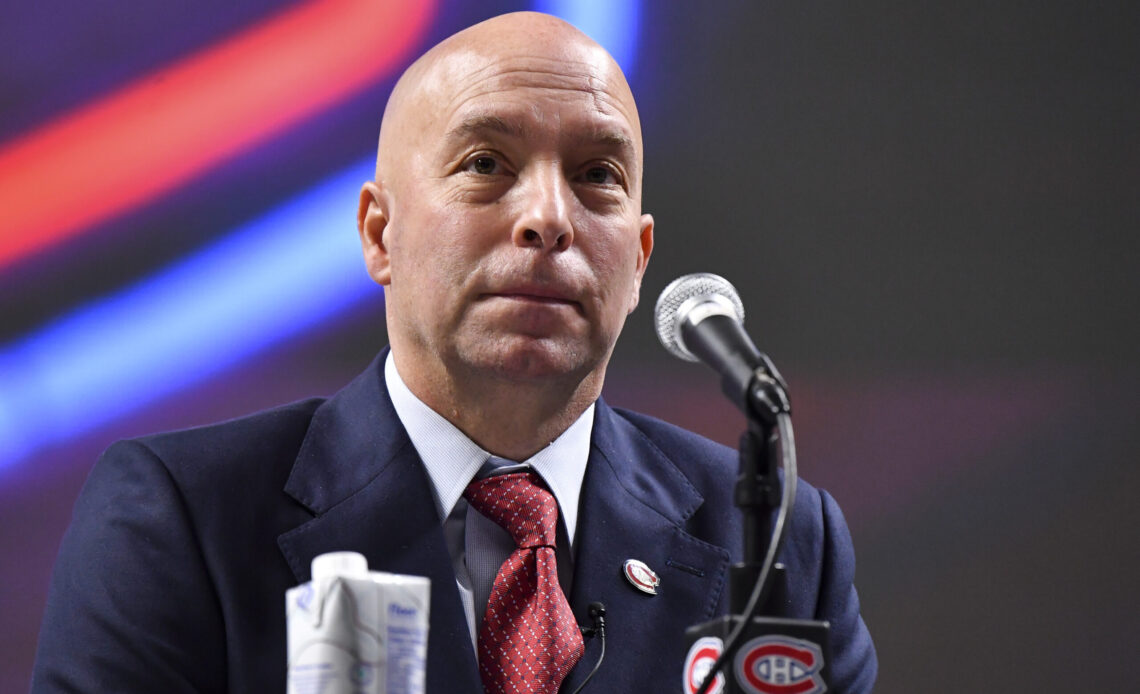 The Montreal Canadiens continue to surprise – on the ice and from the front office. The veil of secrecy around the team has been a complaint by many for several years. Now, under new general manager (GM) Kent Hughes, it has taken a 180-degree shift. The new regime provides information on a variety of subjects often. It has also been consistently and refreshingly honest. Obviously, there is a limit on what they provide the media, but there isn’t any doubt that what he does provide has been the truth, and if he is unable to answer, he has been clear that he can’t and why.

With the Canadiens on a mini-break, Hughes went back to Boston to visit family, but to also take in a couple of NCAA games where some Habs prospects (and likely also his own son) were playing. During that time, he met with Anthony Martineau of TVA Sports. In it, he provides some insights that confirm some aspects of the current rebuild underway in Montreal.

“Rebuild” is a word that Hughes has never used to identify his plans. But maybe he should, because the word construction is a word muttered with obscenities to anyone who drives through Montreal and its never-ending road construction. As the Canadiens’ season has gone on providing far more success than expected, there has been some concerns from sections of the fan base that want to draft as high as possible this season. They also question if perhaps management is rushing the process of the rebuild in a way that was last seen under Marc Bergevin in his first full season as the GM.

Hughes has never given a timeframe for this process towards building a contending team that could bring Montreal its 25th Stanley Cup. He also takes all of the online and media chatter in stride, and his comment makes it clear that even though the team is doing better than expected right now, he isn’t going to adjust his process quite yet.

“We want to do this (rebuild) the fastest way possible. But we want to remain patient and make well thought out decisions. We don’t want to make any moves that could negatively impact the future of the club”

His cool and calm approach in the media should give the fan base some reassurance in his ability to not panic under the pressure or rush his decisions.

The Canadiens holding a record above .500 (11-9-1 for 17th overall) at the quarter mark of the season is a surprise to everyone, even Hughes. But for those wanting a high draft…