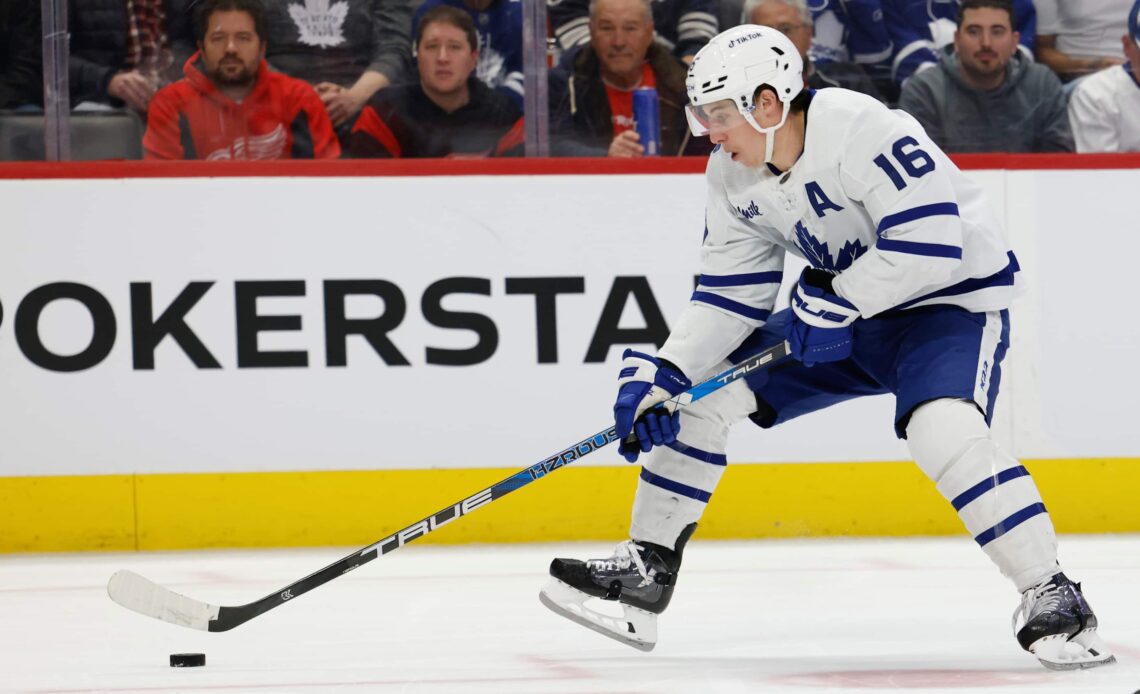 “It’s a cool thing, but nothing is ever achievable in this game by yourself,” said Marner, who scored in the opening minute of the second.

Marner’s 17-game point streak is one shy of the single-season Maple Leafs record set by Darryl Sittler during the 1977-78 season and matched 12 years later by Ed Olczyk.

Rasmus Sandin also scored and Matt Murray made 38 saves for the Maple Leafs, who have won a season-high four straight — all on the road — and earned a point in nine consecutive games.

“It was our best game of the trip,” coach Kyle Dubas said. “Our goaltender was outstanding as it has been all trip. The way he’s playing, if he sees it, he’s stopping it.”

Moritz Seider had an early goal for Detroit, finishing a four-shot flurry, but the lead didn’t last long. Matthews’ wrist shot beat Ville Husso glove side a few minutes later and Nylander scored on a power play to put the Maple Leafs ahead 2-1 midway through the first period.

Sandin put Toronto up 4-1 midway through the period, chasing Husso.

Detroit’s breakout goalie was pulled from a game for the first time this season after giving up four goals on 13 shots. He entered with an NHL-high three shutouts, matching his previous career total.

“I’m sure Huss would probably want three of the four back,” Detroit coach Derek Lalonde said. “But it is tough to not see much action at all in your end, and then you’ve got Matthews and Marner in the inner slot. We didn’t give up many chances, but the ones we did give up were too good.”

Alex Nedeljkovic entered in relief and stopped all 10 shots he faced for the Red Wings, who had won a season-best four consecutive games.

Midway through the third, Seider’s shot was redirected by teammate Adam Erne in front to pull the Red Wings within two.

“We had a lot of chances and we just didn’t get the puck in the net,” Red Wings captain Dylan Larkin said. “Give them credit, especially Murray, but we had looks in the slot and looks all around it. We just didn’t capitalize and they…