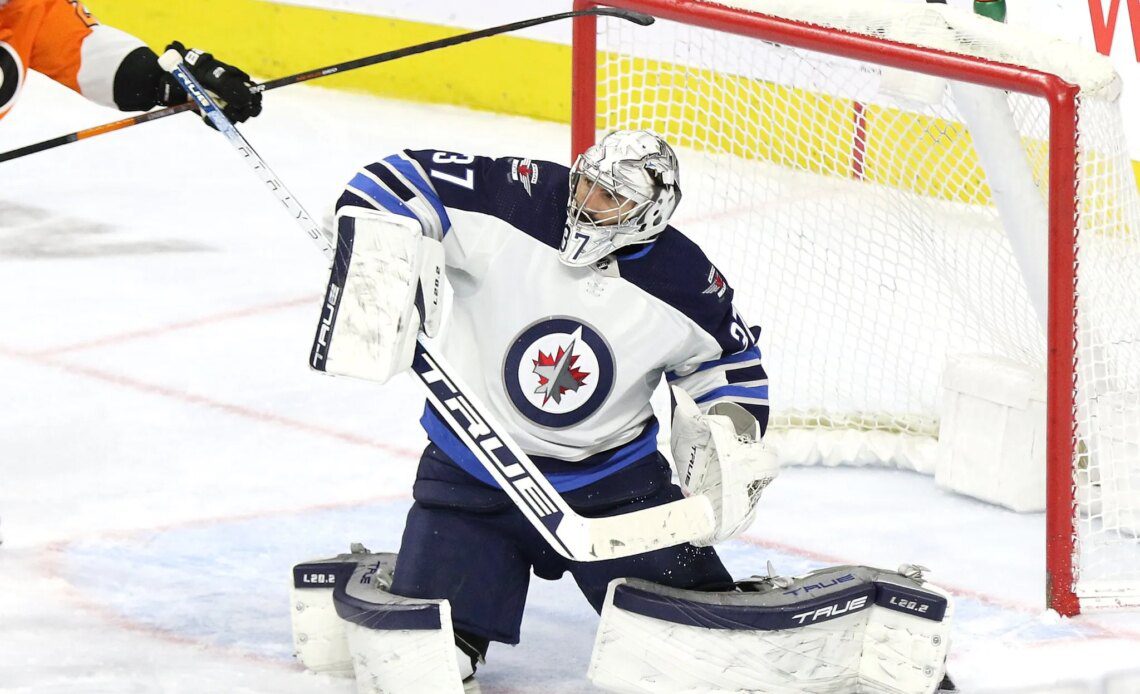 American Thanksgiving traditionally marks the quarter point of the NHL season. The Winnipeg Jets aren’t technically there yet, having just played their 20th game of the season. However, some trends have emerged as well as the team’s most valuable players.

Connor Hellebuyck, Josh Morrissey, and Pierre-Luc Dubois have been the strongest, most consistent players on the team thus far. Without these three, the team’s resurgence to relevance in the Central Division would not have happened and they are now back in the playoff conversation.

Hellebuyck Has Been Brilliant

Hellebuyck, a former Vezina Trophy winner, is back on track after last year’s mediocre season. He has been sensational, and the number one reason the Jets sport a 13-6-1 record, good for second place in the division.

He’s unbelievable. He’s looked fantastic this year. He’s looked sharp from the first day of [training] camp. [Hellebuyck] gives us the confidence that we can do our job in front of him and play the right way, and he’ll do his thing every night to give us a chance to win.

Twitter has reacted to Connor Hellebuyck’s 46-save performance in the #NHLJets 2-1 loss against the Vegas Golden Knights last night
#GoJetsGo
https://t.co/e0NW1FaRf3

Hellebuyck also thrives as a workhorse. He has faced 30 or more shots in a game 10 times this season and on four occasions, faced at least 40 shots. In those four games, he has a record of a 3-0-1 record, including an absolute steal of a game against the Vegas Golden Knights in October when the Jets were completely outplayed and still walked away with a point.

Morrissey Is Having a Career Season

Morrissey has been reinvented under head coach Rick Bowness. Although he has always contributed offensively, in 20 games this season, the blueliner leads the Jets in scoring with 23 points (four goals and 19 assists). He has also scored their last two overtime-winning goals and leads the team in ice time, averaging more than…