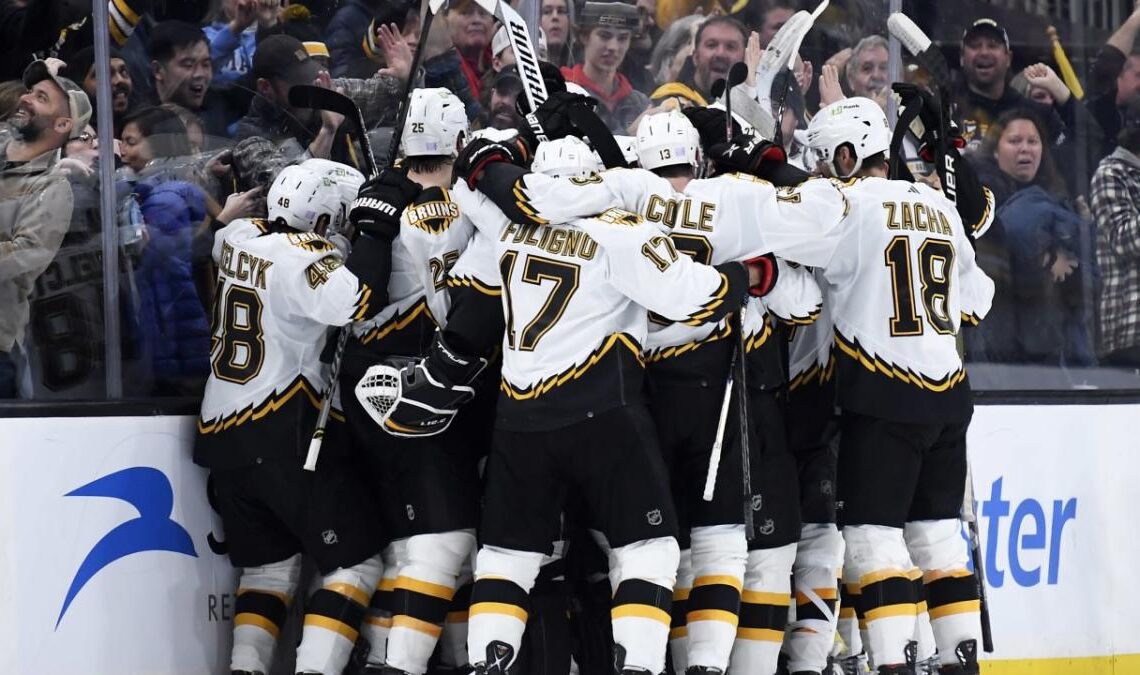 The Boston Bruins are the NHL’s best team at the quarter point of the 2022-23 NHL season.

It’s a pretty surprising development when you consider that first-line left wing Brad Marchand, No. 1 defenseman Charlie McAvoy and top-four defenseman Matt Grzelcyk all missed the start of the campaign recovering from offseason surgeries.

Depth has been the Bruins’ strength so far. They have 20 different goal scorers and all four lines are contributing in multiple ways. The goaltending, thanks to Linus Ullmark, also has ranked among the league’s best. Head coach Jim Montgomery has implemented a faster, more aggressive offensive approach and this style has benefited the team as a whole and many players individually.

Pastrnak likely is making himself even more money on his next contract with an awesome start to the season. He has tallied 13 more points than the next-highest scorer on the Bruins (Bergeron with 19) and ranks third in the league overall. Pastrnak is on pace to score 54 goals and become the first 50-goal scorer for the Bruins since Cam Neely in 1993-94.

Lindholm did a tremendous job filling in for Charlie McAvoy as the No. 1 defenseman over the first couple weeks of the campaign. He’s getting it done at both ends of the ice, tallying 18 points (sixth-most among d-men) in 21 games and playing excellent defense (plus good penalty kill work).

Now that McAvoy is healthy, the Bruins are in the enviable position of having two legit No. 1 defensemen. It will be a huge advantage for Boston in the playoffs.

Ullmark arguably has been the Bruins’ MVP so far. He leads the league in wins, save percentage and goals against average. He also ranks second in goals saved above average (13.7), along with a sparkling .857 save percentage on high-danger chances.

Ullmark is the top contender for the Vezina Trophy after 21 games.