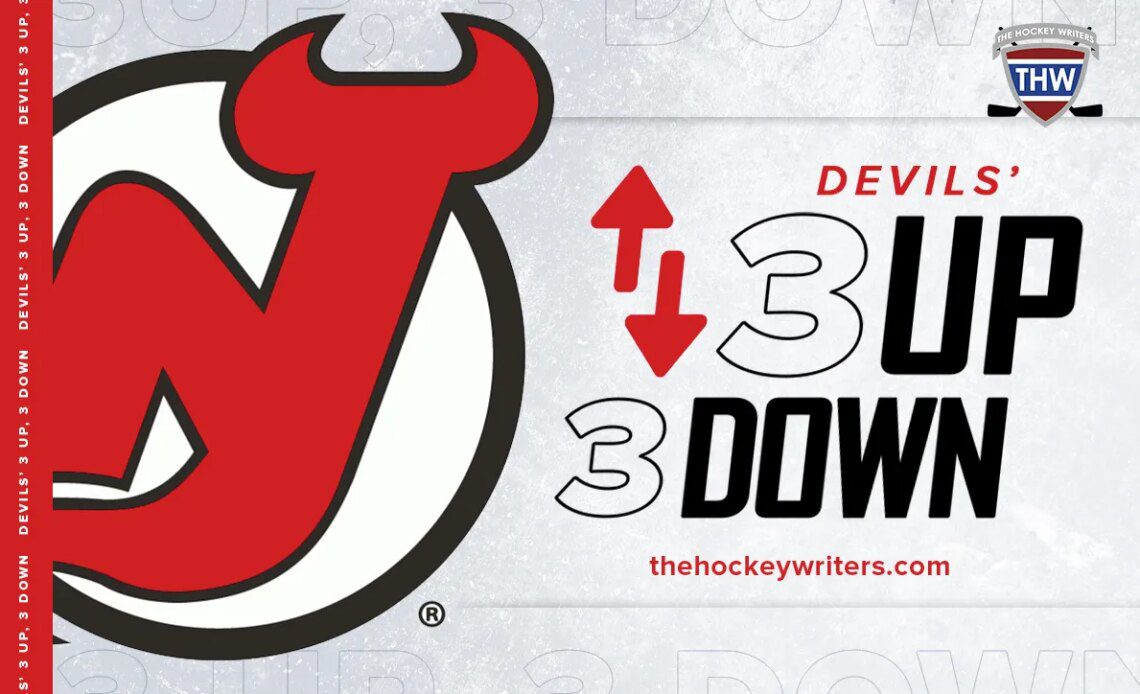 Welcome to the New Jersey Devils 3 Up, 3 Down for the 2022-23 season. This will be a weekly column released on Mondays, chronicling the highs and lows of the previous seven days.

As I write this, the Devils are tied with the Boston Bruins as the top team in the league with 36 points and a record of 16-4-0. Last week they saw their 13-game winning streak snapped against the Toronto Maple Leafs. However, the club quickly turned it around and finished with back-to-back wins and will be starting this week off looking for their third straight victory.

Here’s a look at some of the good and bad from the week for the Devils.

It has been a wild few weeks for Devils head coach Lindy Ruff. He’s come a long way since the “Fire Lindy” chants that echoed throughout Prudential Center in early October. Since then, he received “Sorry Lindy” chants and became the fifth coach in NHL history to earn 800 career wins, joining Scotty Bowman, Joel Quenneville, Barry Trotz, and Ken Hitchcock.

After his team’s victory over the Washington Capitals on Nov. 26, he talked to the media about his milestone. When asked what it means to have 800 wins, the coach answered with a chuckle saying, “it means I’ve been around a long time.”

He continued to talk about what it means to be included with the four aforementioned coaches.

“I’ve got a lot of respect for all those names. A lot of great coaches,” Ruff said. “I obviously played for Scotty Bowman and I have a lot of respect for him. I still communicate with him on occasion. The reason you get there is you’ve found a way to adapt through the years and get to that point.”

Minus 1: Penalty Kill Could Improve

This past week the Devils found themselves shorthanded 12 times and allowed two power-play goals, one against the Edmonton Oilers and the other against the Capitals. The club’s penalty kill percentage is 81.9, which ranks them seventh in the league. It’s an improvement since they finished 14th in the league last season. Over the summer, the organization lost Jimmy Vesey and Janne Kuokkanen, who were big contributors to their four-man unit, along with Michael McLeod and Nico Hischier.