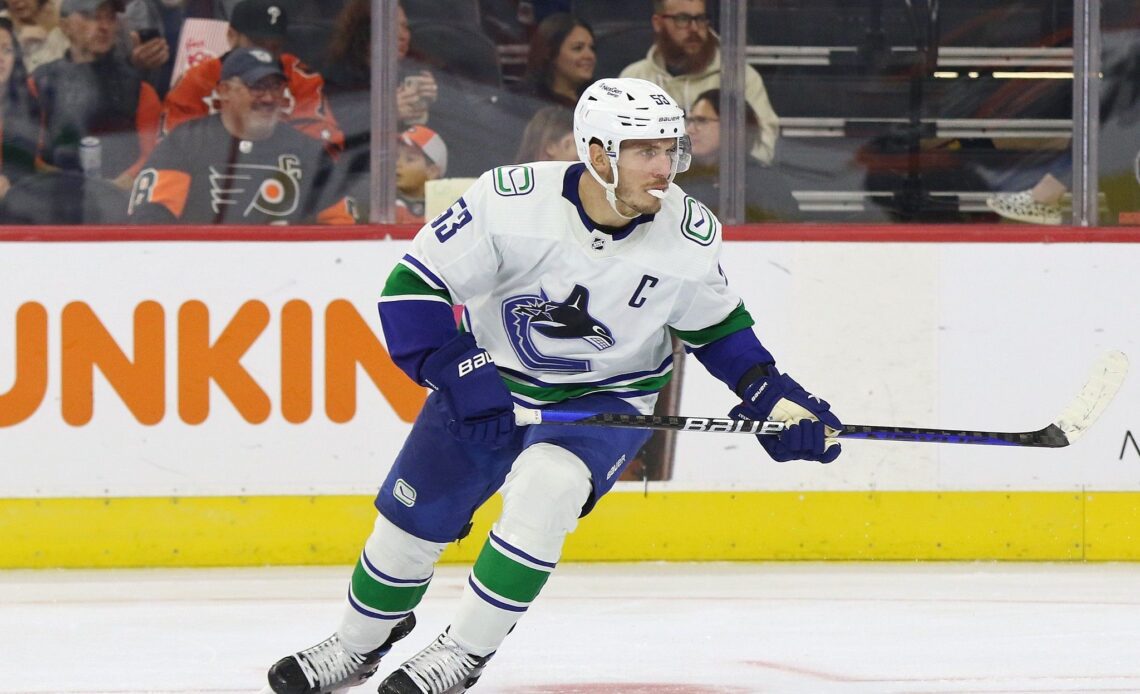 In today’s NHL rumors rundown, there still isn’t much ground being made on talks between the Vancouver Canucks and Bo Horvat, but there’s also another deal pending that the team is starting to think about. The Toronto Maple Leafs certainly could use help on their blue line, but one scribe believes they may also be targeting a forward. The Anaheim Ducks have let everyone know they are open for business and the Calgary Flames are said to be buyers this season, regardless of where they sit in the standings over the next couple of months.

Latest on Canucks’ Horvat and Kuzmenko

Suggesting there isn’t urgency from Vancouver right now to get Bo Horvat signed, all sides know that the center is going to get paid a significant amount of money this offseason. Rick Dhaliwal notes that both sides seem to want to get a deal done, but that there haven’t been a lot of contract talks. “We haven’t heard of any closeness in talks. We haven’t any of that stuff. No one’s reported that. So it’s a process,” said the Canucks reporter.

Horvat and his agent know that it’s himself and Dylan Larkin as the biggest prizes for centers on the free agent market. Understandably, Horvat isn’t worried, especially with the season he’s having. It sounds like the Canucks intend, for now, to wait. They waited with J.T. Miller and make take the same approach with Horvat.

Dhaliwal also reports that agent, Dan Milstein didn’t reveal what forward Andrei Kuzmenko might be looking for on his next contract, but the pending UFA is on pace for a 40-goal rookie season. He said, “No clue to be honest when it comes to a number. Just proud of him. It’s been a long road to get him to NHL. Andrei deserves every bit of it through hard work and dedication.”

Will Maple Leafs Need an Upgrade at Forward

Jonas Siegel of The Athletic took a look at the success the Toronto Maple Leafs are having by splitting lines up and getting good minutes out of a very depleted blue line. While most insiders believe the Leafs will go after a defenseman, the scribe wonders if GM Kyle Dubas might target a forward.