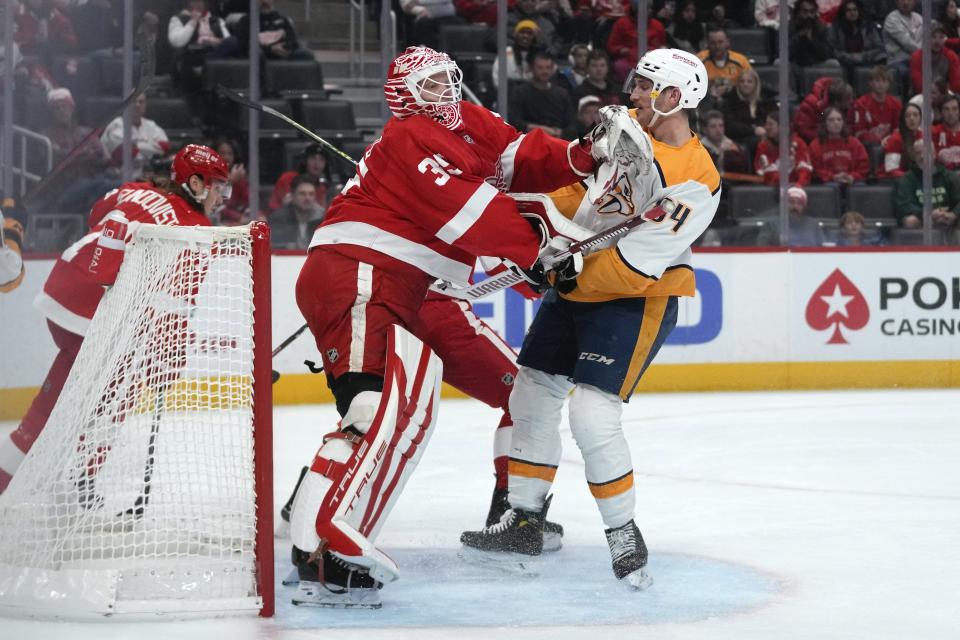 Game notes: How long is too long for a road trip? Four games? Seven games? Nine?  How about 14 — the length of the trip the Coyotes are on while waiting for work to be finished at their adoptive home, Arizona State’s Mullett Arena in Tempe, as well as for the Sun Devils to hit the road themselves. The Coyotes’ game tonight at Little Caesars Arena is stop No. 9, with games left in Minneapolis, Los Angeles, Vancouver, Calgary and Edmonton before finally returning home to hold the Bruins on Dec. 9. (We’ll also note that the Coyotes haven’t exclusively been on the road; they dipped back to the desert for a few days in between games in New York and Las Vegas.)

Surprisingly, the ’Yotes have won four of their eight games so far on the road, opening with three straight wins, then a four-game skid, and, most recently, a 4-0 win over the Hurricanes on Wednesday. Lawson Crouse, Florida’s 2015 first-rounder, picked up two goals to take the team lead at nine, and goalie Karel Veimelka stopped 36 shots to bring his GAA just under 3 and his save percentage to .916.

The Wings, meanwhile, are in Game 2 of a five-game homestand following a 3-0 shutout of the Nashville Predators on Wedneaday. Ville Husso had 26 saves to continue his stellar start to the season. Will he be in net against the Coyotes, or will the Wings turn again to Alex Nedeljkovic, who has not been stellar. Or will it be the metal-named Magnus Hellberg, claimed by the Wings off waivers from the Kraken (who claimed him from the Senators, who claimed him from the Kraken, who signed him after he spent one game last season with the Wings)?

Following Friday’s game, the Wings have the weekend off before hosting Toronto on Monday in what is supposed to be the on-ice debut of their red-and-black striped “Reverse Retro” jerseys. The Coyotes, meanwhile, continue on the road with a Sunday matinee skate with the Minnesota Wild.