Oilers Should Benefit From Bouchard’s Struggles In the End 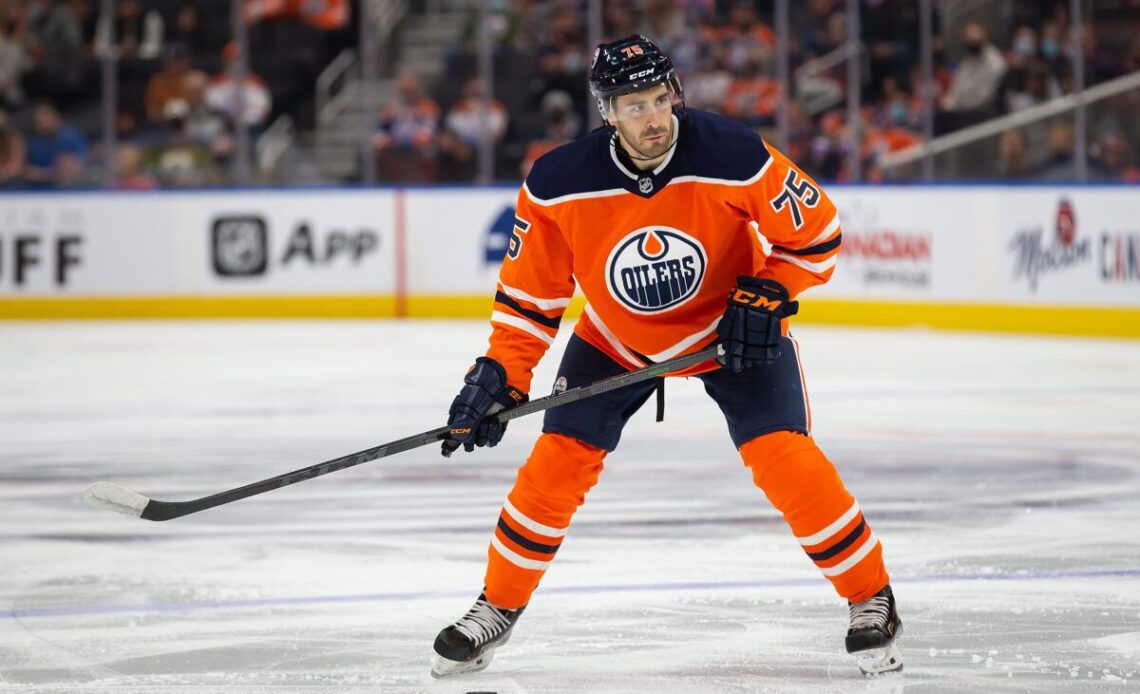 The Edmonton Oilers have a 10-10-0 record and are currently out of a playoff spot. There is cause for some concern as the regular season is one quarter over and nobody on the team’s defence has looked particularly good. We are going to hone in on one of the defencemen in particular, Evan Bouchard, who’s noticeably struggled in his second full season.

Many thought Bouchard would take a step forward in his contract season, but he’s experiencing the first real slump where nothing is going his way. He isn’t producing like he did last season, has made mistakes, and is having trouble getting shots through to the net. We’re going to dive into the issues, how to fix them, and if they are really as significant as they appear to be on the outside.

Bouchard is Getting Lots of Shots Blocked

It’s clear Bouchard has been having a tough time getting shots through to the net. This trend was not as noticeable at the very start of the season, regardless of how many goals or points he accumulated. He’s not shooting at the right times and walking the blue line like he was able to do earlier this season.

Instead, Bouchard is standing still on the blue line and hoping his shot power will force pucks through the defenders blocking shots. This has not been the case, as this recent trend has resulted in a nickname starting to form for him, the “shin pad assassin.” Blocks result in likely changes in possession and fast breaks against the Oilers. The last thing they need is more scoring chances against with how bad their defense has been as a whole and the struggles Jack Campbell has experienced to start his tenure in Edmonton.

Not only does getting shots blocked up high in the zone result in turnovers, but it also causes the Oilers to lose momentum in the offensive zone. Whether the top-six or the bottom-six is in the opponent’s end, less offence comes when more shots are blocked. The Oilers’ top-six is among the most dangerous in the league and drives the offence. If opportunities to keep opponents in their own end are cut short, it will most definitely result in fewer goals. As for the bottom-six, they don’t need any more blockades in front of them stunting production offensively. The lack of production from the bottom-six is a known problem for the Oilers, so more time and chances in close to the net would help get the group going.