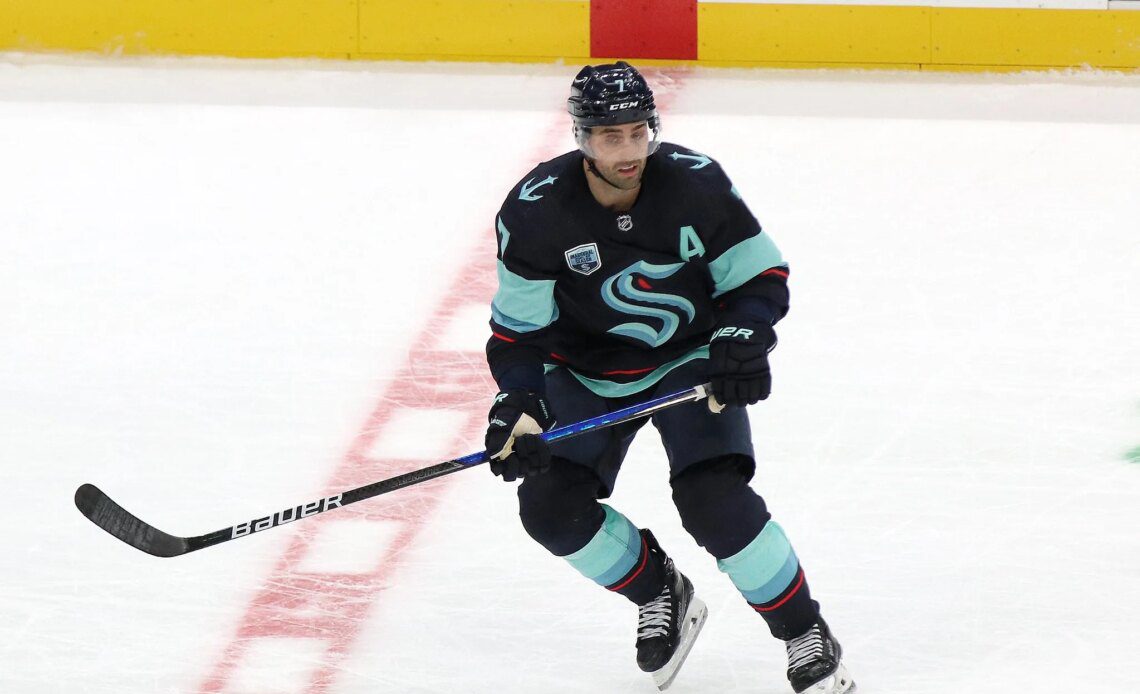 In hockey, the US Thanksgiving mark of the season often represents a check-in point. It is used as a benchmark that compares past results to predict playoff teams. In the NHL’s salary cap era, 76.3 percent of teams who are in a playoff spot on US Thanksgiving go on to make the playoffs. To walk a superstitious line, it feels safe to avoid saying much more about that.

Thanksgiving also represents the season’s quarter mark, which seems like as good a time as ever to reflect on some of the moments that have stood out. Despite being nearly two months into the season, it feels like only yesterday that the Seattle Kraken began their second NHL season. With that in mind, let’s take a look at some of the moments that have made up the first quarter.

Following the birth of their children, both Jordan Eberle and Martin Jones have stepped up their game. The expression of their “Dad Energy” has helped propel the Kraken to several victories down the stretch.

For Eberle, the birth of his son Deacon has sparked a nice little scoring run. Since Eberle and his wife Lauren welcomed their son on Oct. 28, he has recorded nine points in 10 games. Perhaps the most important goal, however, was the one he scored on the 29th against the Pittsburgh Penguins. Prior to the game, he mentioned to reporters how nice it would be to score for his newborn son, admitting that such an important life event puts a little extra jump in your step.

Related: 3 Things Kraken Fans Should Be Thankful For

Jones and his wife Alex also welcomed a baby boy, Rory, on Oct. 28, which also signaled the start of a very strong run for him. In the nine starts since Rory’s birth, Jones has a 7-1-1 record and a .933 save percentage over that time. Statistics aside, his play has also given the Kraken a boost after goaltending had already begun to raise questions early in the season.

Thrilling Comeback Against the Flames

After a loss to the Vancouver Canucks on Oct. 27, the Kraken were in need of a good stretch of games. They kicked that stretch off with a solid win over the Penguins on the 29th, then headed north to take on the Calgary Flames on Nov. 1.

With Joey Daccord getting his first start of the season, the Kraken were looking to build off of their win over the Penguins. After a strong start saw them go up 1-0 after the first period, things started to go south. The…