Vancouver Canucks Should Send Podkolzin to the AHL 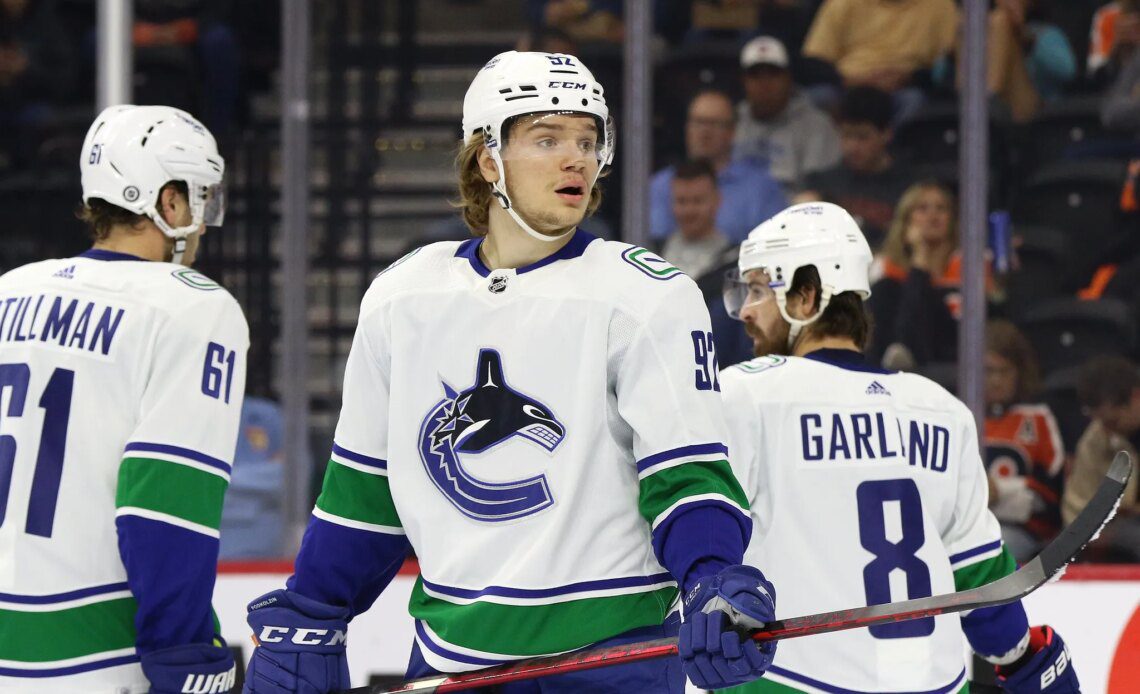 Based on his deployment so far this season, the Vancouver Canucks should consider sending Vasily Podkolzin down to the American Hockey League (AHL). The sophomore forward has struggled so far this season which has led to him being a healthy scratch multiple times already. A stint with the Abbotsford Canucks may be exactly what is needed for the young Russian to regain his confidence.

The 2022-23 season has been a tough one for Podkolzin. Despite being given opportunities on lines with Elias Pettersson, Bo Horvat, and J.T. Miller, he has struggled to produce, only recording three points in 16 games. He has also struggled to generate shots on goal, as in his last 10 games, he has only recorded five. While he did start off the season hot with 13 shots in his first six games, his offensive game has seemingly disappeared of late, which is problematic for a Canucks team that has a hard time generating scoring chances at even strength.

As for his defensive game, it has taken a hit as well. He has a Corsi of 48.91% at even strength and has an expected goals percentage of 46.32%. The biggest problem, however, is his giveaway and takeaway numbers. Through 16 games this season, he has been credited with eight giveaways and three takeaways. Last season in 79 games, he recorded 18 giveaways compared to 32 takeaways. He has become a defensive liability lately, and when that is combined with no offensive production, it leads to being scratched like he was against the Colorado Avalanche.

Related: Canucks Need To Put Podkolzin in a Position To Succeed

Special teams have also been a sore spot for Podkolzin. He has played just over 30 seconds on the penalty kill this season and has seen zero seconds of power play time in his last nine games. In fact, he has only had more than 30 seconds of power play time three times in his first 16 games. At the NHL level, players need to earn special teams time but having less than five minutes of power play time so far this season is problematic. While he has yet to produce with the extra man, maybe some established time on the second unit is exactly what is needed for him to start finding his offensive game.

To Podkolzin’s credit, his slow start is not for a lack of trying. Whether it was standing up for himself against A.J. Greer of the Boston Bruins or his strong game against the Columbus Blue Jackets, where he threw four hits, had three…