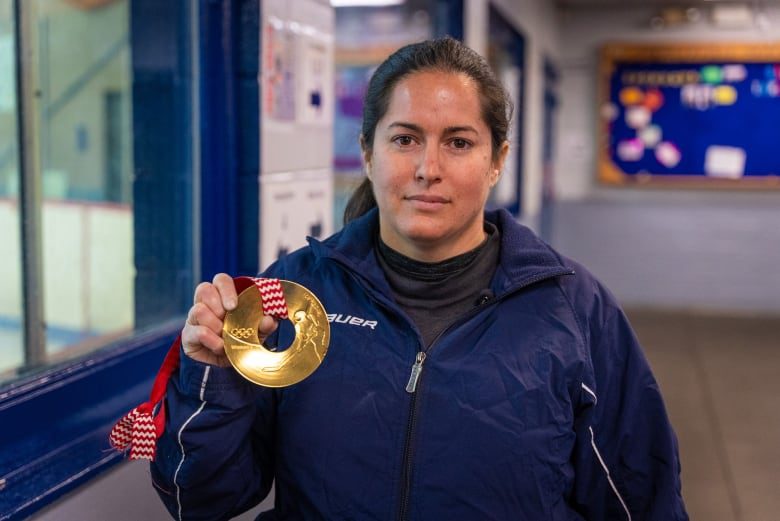 A Thunder Bay hockey coach says he hopes some positive changes will come out of the Hockey Canada scandal.

The organization, which is the national governing body for the sport of hockey in Canada, is under fire for allegations of sexual assault by its players, and paying out millions of dollars in settlements to 21 sexual assault complainants dating back to 1989.

In October, Hockey Canada announced its entire board of directors, and CEO Scott Smith, were stepping down.

“When we’re on the ice, and we’re coaching our players and our kids, we tend to take an opportunity when there is a major error or a problem to identify it as a teachable moment, and to say let’s take this as an opportunity to change, to grow, to learn and to adapt,” Sutherland said during a recent interview on CBC Thunder Bay’s Superior Morning.

“I really didn’t really see anybody saying that this is a good opportunity for us as leaders, as I said, to step up and to do the things that we talk about with our players.”

Sutherland said he believes a “significant change” in governance is needed at Hockey Canada.

As Hockey Canada embarks on what could be a crucial time in its history, some are speaking out about what they want to see moving forward. Hear from a Thunder Bay coach and sport advocate.

“By that I mean we have to really change the way that we are leading our sport on the ice,” he said. “Behind the bench, we tend to move towards what’s called athlete-centred leadership, and I think that we need to do that as well in the boardrooms and in our policymaking around the sport.”

“Everything we should do should be focused on the athlete,” Sutherland said. “We should be trying to serve them, and we need to create programs and structures that are unambiguous, transparent, so that the other stakeholders in the sports, the parents, the guardians, the administrators know exactly where money is going, how it is being spent, so that we can create these strong management structures for our game.”

The issue of supporting athletes was also raised by Thunder Bay’s Katie Weatherston, who won a gold medal at the 2006 Winter Olympics as part of the Canadian national women’s hockey team.

“I thought for sure this is something that should have…